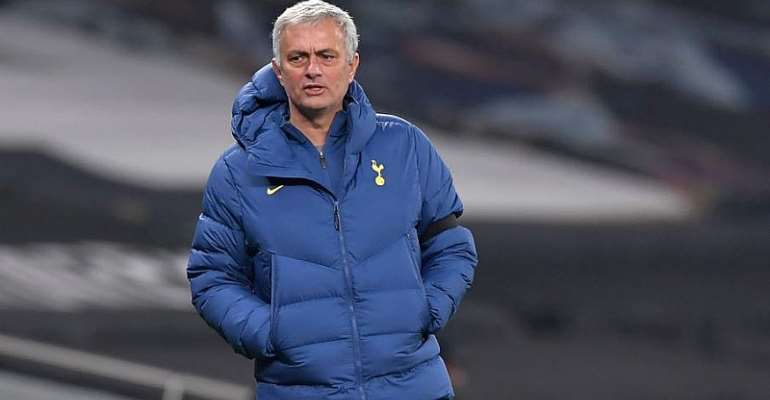 Having left Manchester United with a bitter taste two years ago, a new social media-friendly Jose Mourinho has quickly rediscovered his spark at Tottenham Hotspur, but despite Spurs' fine form, the Portuguese coach remains grounded.

Ahead of the trip to his former club Chelsea on Sunday, where he won three Premier League titles during two spells at the club, Mourinho, having lost his mojo after a difficult two years at Old Trafford, appears happy again in the capital.

No longer is the Portuguese calling out his players publicly, demanding he is shown "respect" from journalists or slamming water bottles on the ground on the touchline.

Instead, the man Mourinho singled out most for criticism last season – Tanguy Ndombele – is front and centre of the Spurs revolution, while an ostensibly happier Spurs boss has created an Instagram account where he is more willing to poke fun at himself and his players.

So what has changed? Spurs' start to the season helps, with Mourinho's side top of the Premier League standings. However, the Portuguese is not getting carried away with any title talk.

"We are always contenders to win the next match," Mourinho told reporters. "Nothing more than that.

"We are going there (Chelsea) with three possible results. We know anything can happen, but our objective is to win.

"If we go there top of the league or with Liverpool top (second-placed Liverpool play Brighton & Hove Albion on Saturday) it doesn't change anything for us."

What has changed, much to Mourinho's liking, is Spurs' more proactive approach to the transfer market since he took over.

Under Mauricio Pochettino, Tottenham were one of the least active teams in the transfer market, but last summer, under Mourinho's watch, Spurs' first-team squad was strengthened with eight new arrivals for an outlay of £175 million.

The players Mourinho has brought in are ones he pushed for, too – a luxury he was not always afforded at United – and experienced Premier League players have made an instant difference.

Victory over an in-form Chelsea will only elevate Mourinho's mood yet further, even if he will not admit it publicly.

"It's another game for me, no problem at all," he said.

Mourinho also confirmed he hopes to have Giovani Lo Celso, captain Hugo Lloris and Steven Bergwijn, who all played in the victory against Manchester City last weekend, fit to play.