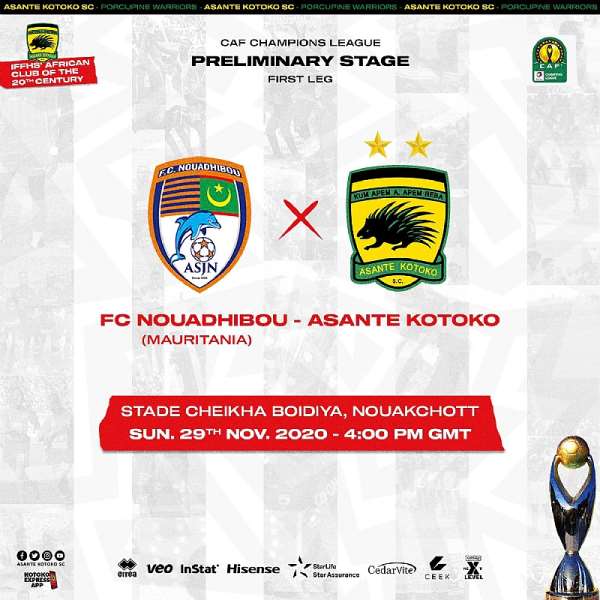 Ghanaian giant, Kumasi Asante Kotoko have announced that the team’s clash against FC Nouadhibou has been postponed to Sunday, November 29, 2020.

The encounter against the Mauritania champions will be the first of a two-legged encounter in the preliminary stage of the 2020/2021 CAF Champions League competition.

The first meeting was initially scheduled to be played at 15:00GMT today. Due to some reasons, the home team has had CAF move the game to Sunday instead.

In a post on the Twitter page of Asante Kotoko on Thursday, the club confirmed the new date for the fixture while revealing that the match will be played at the Stade Cheikha Bodiya in Nouakchott.

Meanwhile, the Asante Kotoko team yesterday had their first training session in Mauritania. The team is expected to train this evening as well as part of preparations for the important away match.