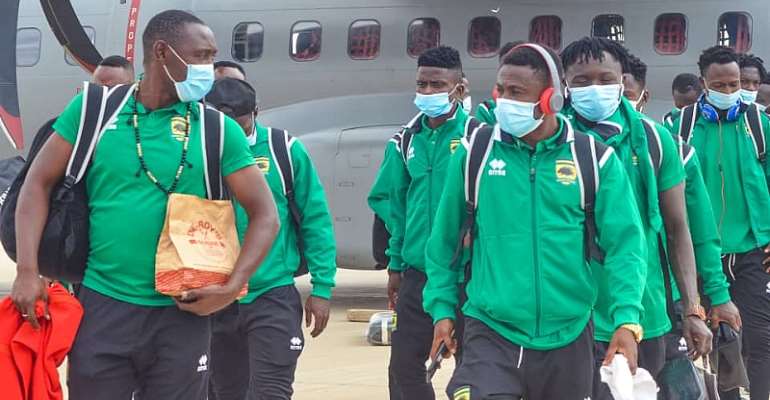 Asante Kotoko gaffer, Maxwell Konadu has assured his side will not underrate Mauritanian outfit Nouadhibou FC.

The Porcupine Warriors will be hosted in the first leg of the preliminary round of the Caf Champions League on Sunday.

Despite their poor start in the ongoing 2020/21 Ghana Premier League season, Konadu is confident will emerge as winners insisting they will not underrate Nouadhibou.

“African football has come of age, there are no minnows hence it will be totally wrong for anyone to boldly declare any game as a walkover,” he said.

“The statistics reveal that the team (FC Nouadhibou) might not have existed for long but their exploits on the African continent should tell you that you underrate them at your own peril.

“We don’t want to underrate any team. Our team has not performed to the level of the past times and so we want to rediscover our lost glory," he added.

The former Black Stars assistant further mentioned that FC Nouadhibou have some players playing for the national team an indication that they are not a bad side.

“Our opponents have a lot of players in the national team. About 6, they have other foreign players in their squad. So this should make us aware that they are not a bad side.

“The fact that they play on an AstroTurf pitch is also a factor.

“So with all these combined, we should be aware that they are a good side.

“Personally I have watched them several times and I know what they can do. We have to really prepare very well and know that we are going to face a good team.

Coach Konadu urged his team to work hard and get the right results.

“We must rise to the occasion and show them we also understand well the African game.

“We must work hard and face them head-on and make sure we overcome them and get the necessary results to qualify,” he ended.

Kotoko are without their captain Felix Annan, who has been ruled out for five weeks due to a thigh injury. However, Razak Abalora is available, having recovered from coronavirus.