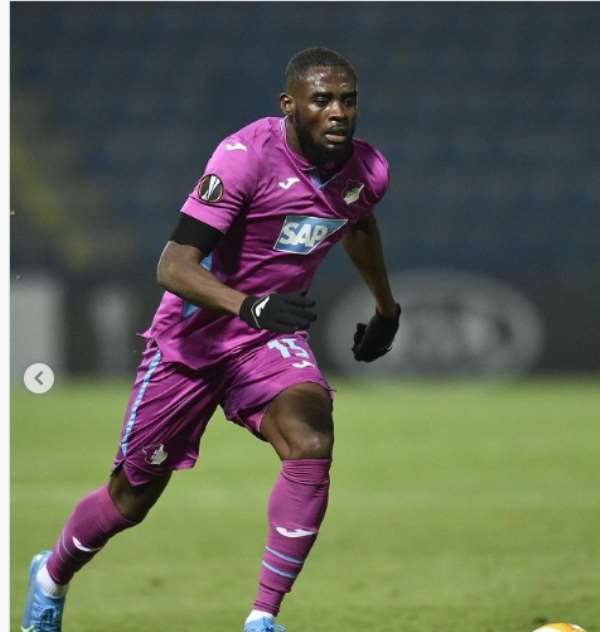 Ghana defender Kasim Nuhu Adams starred for TSG Hoffenheim on Thursday evening to help the side cruise to a deserving 2-0 win against Slovan Liberec in the Uefa Europa League.

The centre-back was called into action this evening when he was handed his first start in the European inter-club competition this season.

In a game played at the Stadion U Nisy, Kasim Nuhu stamped his authority in the defense of his German Bundesliga side to shut out the Czech outfit from finding the back of the net.

On the Matchday, goals from Christoph Baumgartner and Andrej Kramaric handed TSG Hoffenheim the 2-0 win against Slovan Liberec.

The win means that Kasim Nuhu Adams and his TSG Hoffenheim side are through to the knockout stage of this season’s Uefa Europa League.

13 Nigerians who engaged Police in gun battle at Weija reman...
33 minutes ago