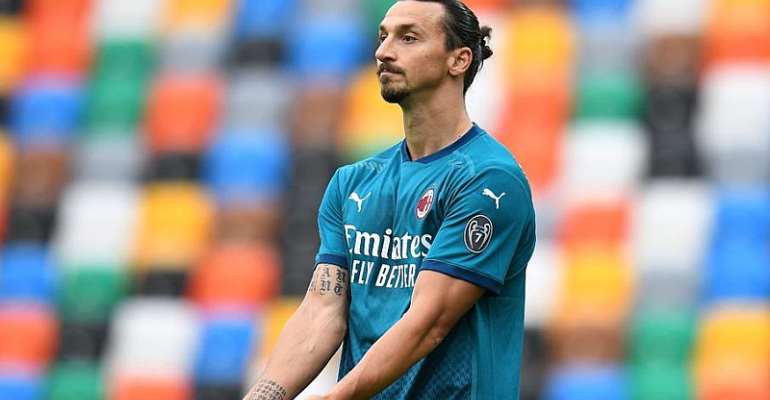 Zlatan Ibrahimovic is in talks with Sweden head coach Janne Andersson about a potential return to the national team, the Swedish Football Association said on Thursday.

The news comes only a day after the 39-year-old, who retired from international football after the 2016 World Cup, hinted that he was open to once again don his country's jersey.

The Swedish FA said that Janne Andersson travelled on Wednesday evening to meet with Ibrahimovic to discuss the possibility following the striker's apparent interest and impressive recent form for AC Milan.

He leads the Serie A scoring charts with 10 goals this season, more than half Milan's total tally of 19.

"When Zlatan opened the door to play for the national team it felt natural and important to meet and discuss it as soon as possible," Andersson said in a statement.

"The meeting was good and fruitful, and we agreed on continuing the dialogue."

Ibrahimovic expresses his desire for a return to the international stage on Wednesday after winning Sweden's Footballer of the Year award for the 12th time.

"If you ask me I'll be honest: yes, I miss the national team," he told Swedish daily Aftonbladet. "It's no secret."

"The one who does not miss it, he has already finished his career. And I have not finished my career."

However, Ibrahimovic, who scored 62 goals in 116 internationals, was more cryptic when asked how would he respond if Janne Andersson called him.

"Give me time, I have to think about it," he said.
Earlier this month he posted an old photo of himself on social media, wearing a Sweden shirt and the captain's armband with the phrase "Long time no see".

Janne Andersson at first appeared less enamoured with the idea when he was also cornered by Aftonbladet.

"I'm pretty annoyed. He told me in 2016 that he wanted to retire and I respected his choice. So now it's up to him," said Andersson.

The coach also said Ibrahimovic would have state "clearly" if he wanted to join and it would still be up to him whether the striker would rejoin the squad.