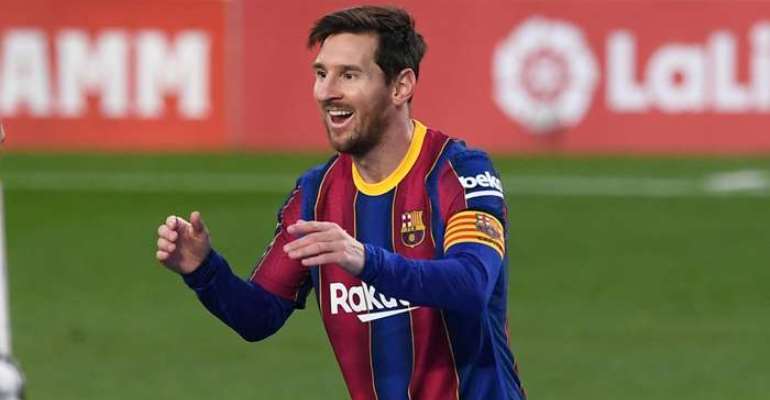 The Catalan side will elect a new president in January to replace Josep Maria Bartomeu, who resigned from his post last month as the entire board - including Rousaud - stepped down.

Pressure on Bartomeu increased over the summer after Messi announced his desire to leave the club. The Argentina international criticised the president when he announced in an exclusive interview with Goal he would be staying at Camp Nou for another season.

While Messi has given no indication that he wants to remain at Barca beyond the end of the current campaign, Rousaud has promised to honour the icon by naming Camp Nou after him.

Goal 50 Revealed: The best 50 players in the world
"We will hold a referendum to change the name of the stadium to Camp Nou - Leo Messi," he told reporters.

Rousaud has also pledged to add more star quality to the Blaugrana squad if he is elected, promising to bring Neymar back from Paris Saint-Germain.

"We're going to sign two top players, one of them is Neymar," he added. "We are working to bring him back to Barcelona if he withdraws the lawsuit he has against the club.

"We hope to be able to announce soon the name of the other big-name player we want to bring. It will not leave anyone indifferent. We have a direct line to the player."

The entrepreneur hopes to incorporate former Barca stars into the organisation to bring the club back to help recreate their glory days.

"If we win, we want to count on Xavi [Hernandez], [Andres] Iniesta and [Carles] Puyol and give them a strong link with the club, the team and La Masia," he added. "I do this out of enthusiasm, commitment and experience. I want to rebuild the team, the club and the economy. I will leave my skin to make Barca, once again, the best team in the world.

"I have known the house for five years and have business experience."

He has also picked out a potential replacement for coach Ronald Koeman as well as a new technical director.

"We respect Koeman a lot, but if he doesn't continue, we have closed one who is active and is training one of the best teams in Europe," he said. "We have the best technical director in place, but we cannot announce him yet because he is active [at another club]."