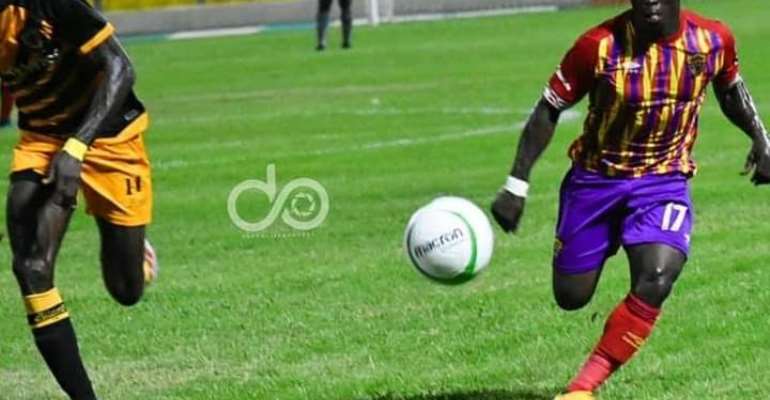 Veteran sportscaster, Kwabena Yeboah is tipping Hearts of Oak winger Patrick Razak to earn a national team call-up in the near future after his outstanding performance against Ashgold last Tuesday.

In what was a Matchday 2 fixture of the 2020/2021 Ghana Premier League season, the pacey forward tormented the backline of the Miners team and emerged as the Man of the Match in a game that ended 2-2.

According to Kwabena Yeboah who watched Patrick Razak dazzle on the night, the winger looks set to earn a national team call-up if he continues impressing in subsequent matches.

“Patrick Razak was exceptional in the Hearts of Oak and Ashgold game and if he keeps on playing well he will get national team call up,” the President of SWAG said in an interview with Hot FM.

With Hearts of Oak set to play against Inter Allies this weekend, Patrick Razak is expected to be key for the Phobians in their quest to pick up their first 3 points of the new season.

There is possibility of a lockdown, other restrictions – Opp...
54 minutes ago