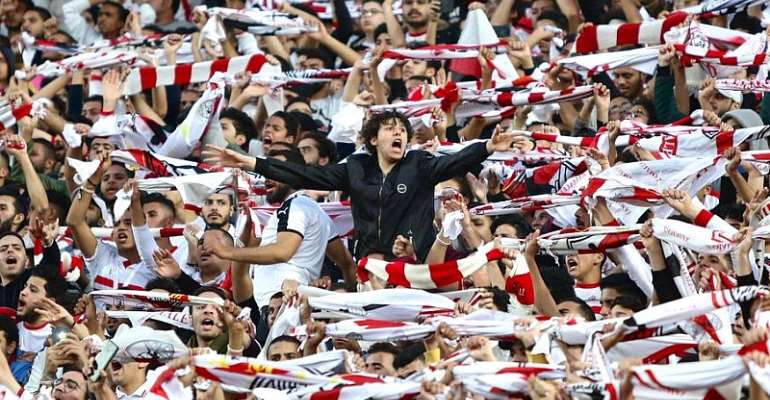 The 2020 CAF Champions League final in Cairo Friday between Egyptian giants Al Ahly and Zamalek will be the first pitting fierce rivals from one country against each other.

The match, to be held under the slogan "no to fanaticism", will bring together two of the clubs whose clashes have long dominated local and continental competitions.

Despite their popularity and wide fan bases, Egypt's most successful player, Liverpool forward Mohamed Salah, never played for either club, lining up with Al Mokawloon Al Arab instead.

Egyptian sports minister Ashraf Sobhi has called on the teams to face off at the Cairo International Stadium under the slogan "No to fanaticism".

It is likely that fans will have to watch the match in clubs or youth centres, but not in popular neighbourhoods or cafes.

Security services have yet to decide how many supporters can attend the final amid fears of coronavirus and rioting.

Ahly and Zamalek's historic rivalry has peaked in recent years, especially on social media after they met in the 2019 Egyptian Super Cup, a match Ahly won 3-2.

Supporters of Ahly then took to the street in several regions to celebrate before being "infiltrated" by fanatics, who were arrested.

"Ahly and Zamalek are like brothers and, unfortunately, the fanaticism is only among fans," said retired Zamalek and Egypt star Hazem Emam.

"(FIFA's) decision on holding the FIFA Club World Cup in Doha next February has raised the intensity of the confrontation," said former Ahly player Walid Salaheldin.