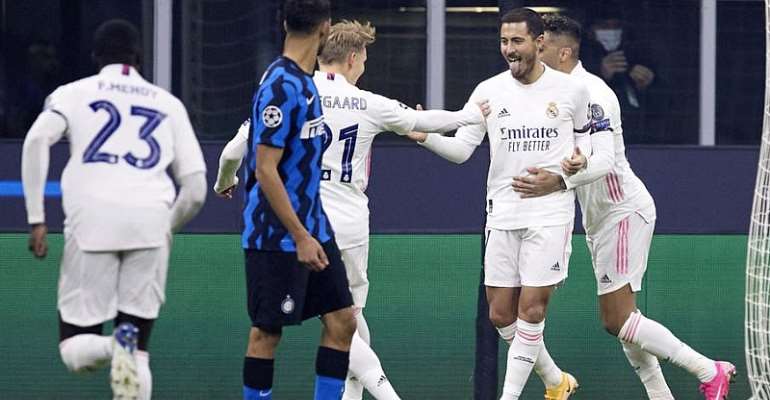 Real Madrid took full advantage of a first-half sending-off for Inter Milan's Arturo Vidal with a 2-0 away win to leave the Serie A side close to a Champions League exit on Wednesday.

Eden Hazard put Real ahead with a seventh-minute penalty and Inter's hopes of a fightback effectively ended when Vidal was booked twice in quick succession for dissent just after the half-hour after having a penalty appeal waved away.

Real Madrid added a second in the 59th minute when substitute Rodrygo's shot was deflected in by Achraf Hakimi.

Real stayed second in Group B with seven points from four games, one behind leaders Borussia Moenchengladbach. Shakhtar Donetsk are third with four and Inter bottom with two, leaving them with only a remote chance of going through.