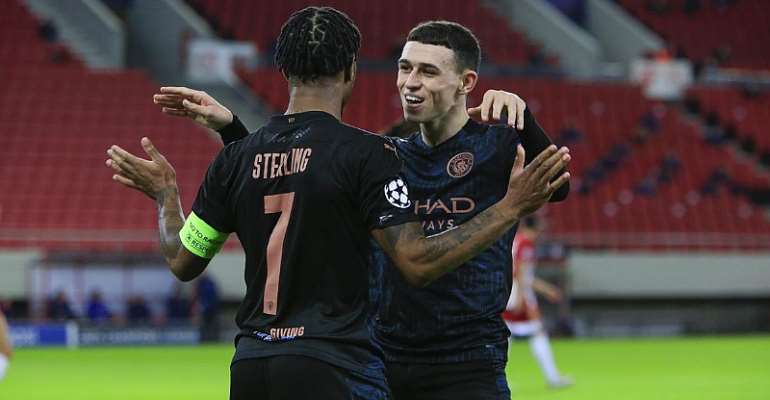 Phil Foden scored the winner as Manchester City booked their place in the last 16 of the Champions League with a 1-0 victory at Olympiacos.

Having made five changes to the side that were beaten 2-0 by Tottenham, City dominated the first half and created a flurry of chances.

They were foiled on numerous occasions by keeper Jose Sa until the deadlock was broken when Raheem Sterling's deft backheel found Foden who netted with a first-time effort.

The injury-ravaged Greeks, who did not have a shot on goal in the match, continued to park the bus in the second half.

Sa kept out efforts from Joao Cancelo and Bernardo Silva as City carved out more than 20 shots on goal.

Sergio Aguero came on to mark his return from injury in the closing stages as Guardiola's side return to winning ways to stay top of Group C while Olympiacos remain on three points from four games.