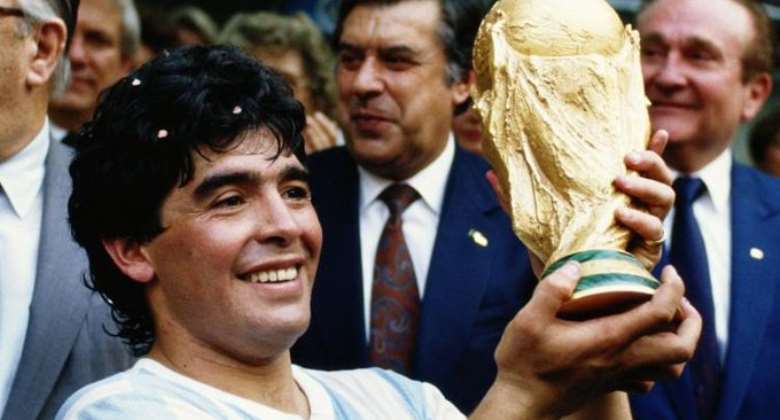 The football world is mourning after the death of Diego Maradona.

Widely regarded as one of the greatest players ever, Maradona suffered a cardiac arrest on Wednesday and died at the age of 60.

Players past and present, along with other sportspeople, commentators and his former teams, have reacted with shock and sadness.

England legend Gary Lineker wrote on Twitter: "By some distance the best player of my generation and arguably the greatest of all time. After a blessed but troubled life, hopefully he’ll finally find some comfort in the hands of God. #RipDiego."

Maradona made 91 appearances for Argentina and the national team account tweeted: "So long, Diego. You'll always be in every heart of planet football."

Argentina defender Nicolas Tagliafico wrote on Twitter: "Today is a day we will never forget! Rest in peace Diego Armando Maradona! You were and will be LEGEND "10". Thanks for everything!"

Former Real Madrid midfielder Guti said: "Very sad day for those of us who love football. There will be no other player like you, Maradona. Have a good trip, God."

And it was a simple message from his former club Napoli, where he became such a beloved figure for the club's fans. "Forever, thanks Diego"

Let's commend Bagbin for his tenacity, firmness during 2022 ...
26 minutes ago