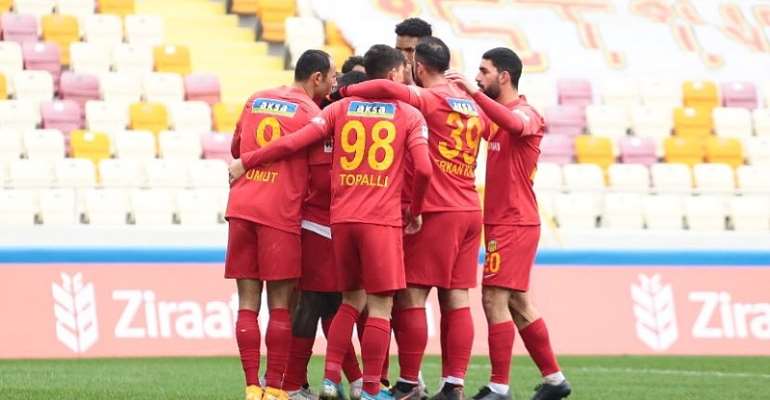 Ghanaian winger, Benjamin Tetteh registered his name on the scoresheet on Wednesday morning when his Yeni Malatyaspor side posted a 2-0 win over Etimesgut Belediyespor.

The two clubs locked horns at the Yeni Malatyspor Stadium today for an encounter in the 2020/2021 Turkish Kupasi.

Determined to progress in the domestic cup competition, Yeni Malatyaspor put up a strong performance on the Matchday to ensure they earned the needed results.

Umut Bulut opened the scoring in the 53rd minute with a fine strike on the back of a goalless first half.

Later in the 67th minute, winger Benjamin Tetteh was introduced into the game to replace Moryke Fofana.

The Ghanaian attacker displayed good form and scored in the dying minutes of the match to wrap up a 2-0 win for Yeni Malatyaspor against Etimesgut Belediyespor.

Today’s equalizer becomes the second goal for the 23-year old in all competitions since he joined the Turkish club in the summer transfer window.