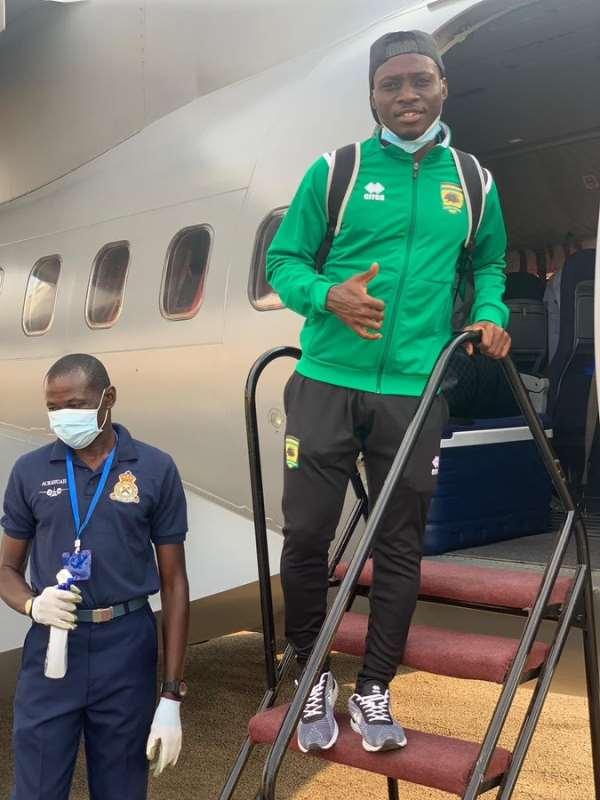 Kumasi Asante Kotoko has safely arrived in Mauritania where the team is scheduled to face off with FC Nouadhibou in the CAF Champions League later this week.

The Ghana Premier League record holders are set to face off with the Mauritania Champions in a two-legged encounter in the preliminary stages of the top-tier continental inter-club competition.

With the first leg of the tie scheduled to be played as an away fixture for the Porcupine Warriors club, the Reds in the early hours of Wednesday departed Ghana for Mauritania.

This afternoon, Asante Kotoko has safely arrived in the country and going through the necessary formalities before moving to their hotel.

Later tomorrow, the club will have the chance to train to prepare and acclimatize ahead of the FC Nouadhibou meeting billed to be played on Friday, November 27, 2020.