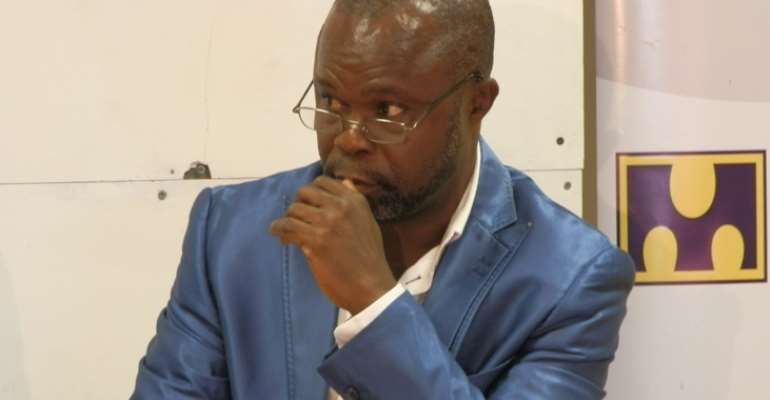 Football administrator, Nana Oduro Sarfo has tendered in his resignation to Berekum Chelsea following his controversial interview where he noted that his time was being wasted at a period where he was watching a Nigeria Movie.

Last Sunday, the shine was taken away from the Berekum Chelsea clash against Asante Kotoko in the Premier League as a result of the poor playing field of the home team.

Subsequently, on Monday, Accra-based Angel FM sought to engage Nana Oduro Sarfo on the state of the pitch and the way forward.

To the amazement of many, the then Berekum Chelsea CEO slammed critics while insisting that the team will continue to use the pitch for their games.

That interview where Nana Oduro Sarfo preferred to watch Nigeria Movie instead later attracted a lot of backlash and has today forced him to resign from his position in the Ghana Premier League club.

“This is to inform the sporting public as well as the Ghana Football Association that I have resigned as the Chief Executive Officer of the above-mentioned club,” a statement from the GFA Exco member reads.

Another position reads, “I will like to thank the president of the club, board of directors, management members, players, technical team as well as our wonderful supporters for their support while I was with the club.” 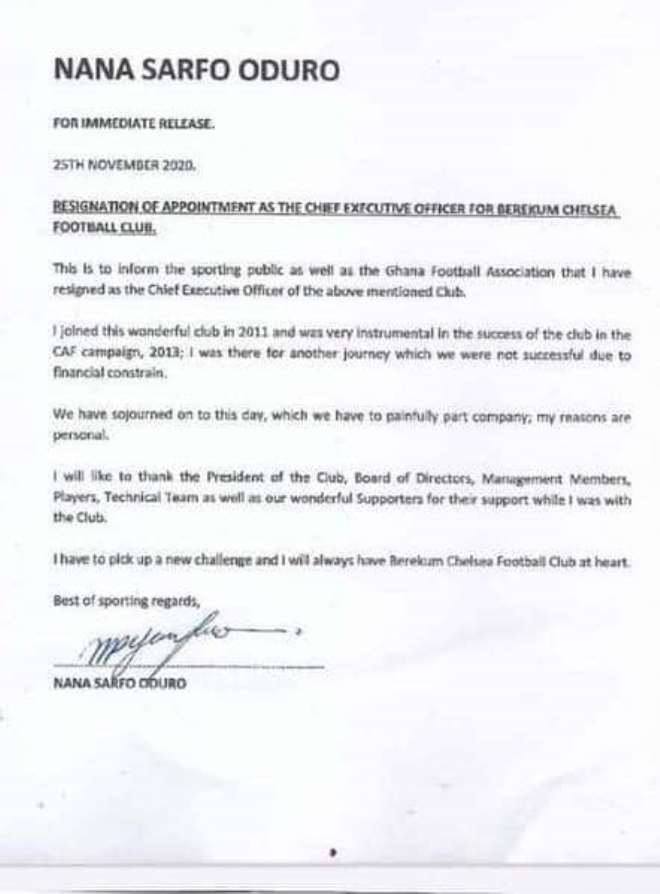