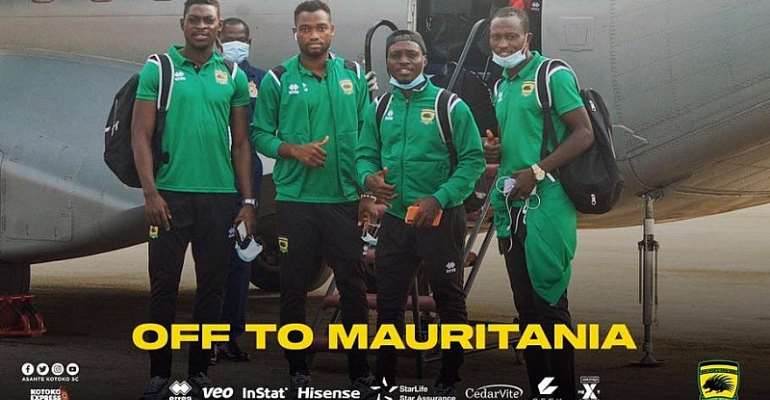 Asante Kotoko has left Ghana for Mauritanian ahead of the team’s meeting with FC Nouadhibou in the preliminary stage of the CAF Champions League.

The Ghana Premier League record holders have been paired with the Mauritanian champions in this stage of the top tier continental inter-club competition to battle it out for progression to the next stage.

Following weeks of preparations which has seen Asante Kotoko playing two matches in the local league, the team has today traveled to Mauritanian to honour the first leg of the tie.

The Porcupine Warriors club goes into the game winless in the Ghana Premier League but confident of earning a win to boost their chances of advancing to the next stage of the CAF Champions League.

The encounter has been scheduled for Friday, November 27, 2020.

Covid19: 85 people arrested for not wearing nose masks in Ko...
16 minutes ago