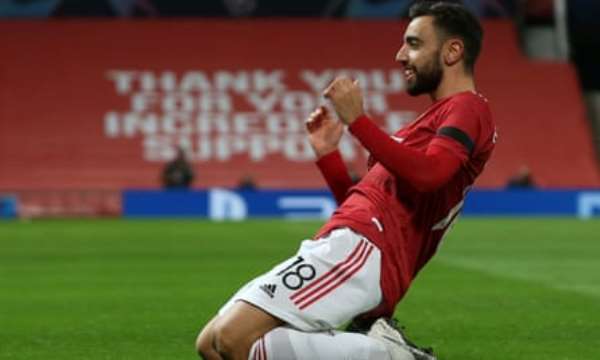 Manchester United star, Bruno Fernandes dazzled on Tuesday night as he netted a first-half brace to inspire his side to hammer Istanbul Basaksehir 4-1 in the Uefa Champions League.

Pitted in Group H of this season’s top-tier European inter-club competition, the English Premier League giants surprisingly lost on Matchday 3 against the Turkish opponent before the last international break.

Determined to exert their supremacy on Istanbul Basaksehir in the reverse fixture today, Manchester United manager Ole Gunner Solskjaer fielded a strong team with Bruno Fernandes leading the team from midfield as the key man.

The Portuguese did not disappoint and scored after just 8 minutes of action to give the Red Devils the lead when he fired a first time shot from the edge of the box of the opponent.

Ten minutes later, Bruno Fernandes capitalized on a mistake from Mert Gunok to fire in his second goal of the match in sensational fashion.

In a match where the star midfielder played 59 minutes, he finished as the top-rated player, earning a rating of 9.1 from top statistics providers SofaScore. 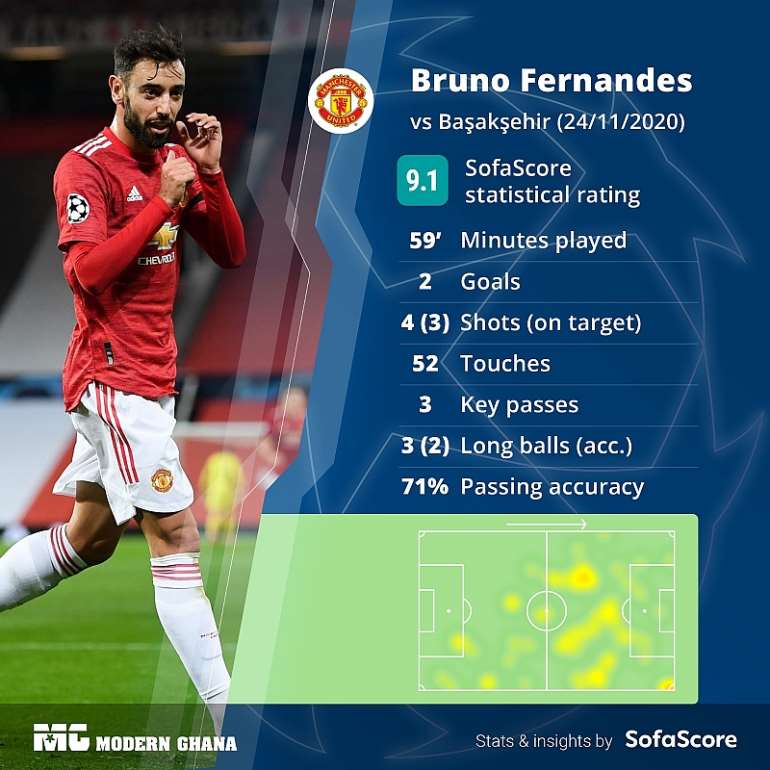 On the matchday, Marcus Rashford and Daniel James scored the other goals for Manchester United while Deniz Turuc grabbed the consolation for Istanbul Basaksehir. 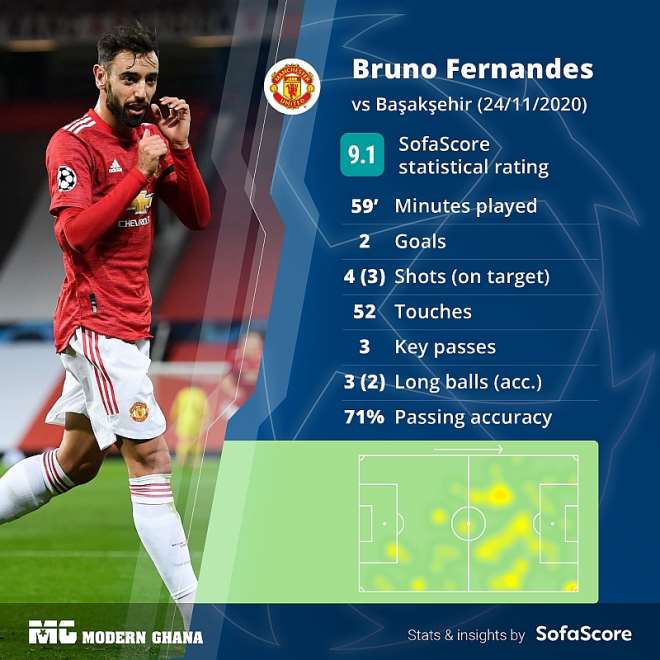