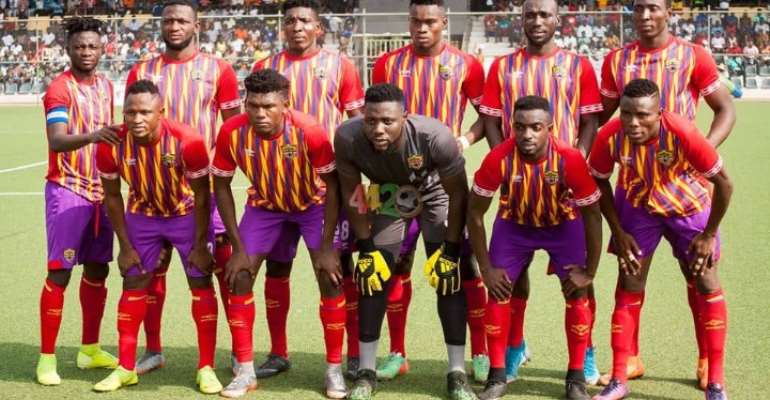 The head coach for Hearts of Oak, Edward Nii Odoom has named winger Patrick Razak in his starting eleven for the clash against Ashanti Gold SC later this evening.

The Phobians are set to play their first match in the 2020/2021 Ghana Premier League season today in a Matchday 2 fixture scheduled to be played at the Accra Sports Stadium.

Ahead of kick-off to the high profile encounter, Coach Edward Nii Odoom has named a very strong starting eleven that includes a number of players that excelled in the truncated 2019/2020 league season.

While Richard Attah keeps the post, he will be protected by a back four that has Mohammed Alhassan and Nuru Sulley as the centre pair.

In midfield, Emmanuel Nettey will be dictating play to link-up play with the attacking trio of Kojo Obeng Jnr, Patrick Razak, and Daniel Afriyie Barnieh.

Meanwhile, new signings Lawali Mamane and Victor Aidoo have been named on the substitute bench.

Below is the Hearts of Oak starting lineup for the Ashanti Gold SC showdown.