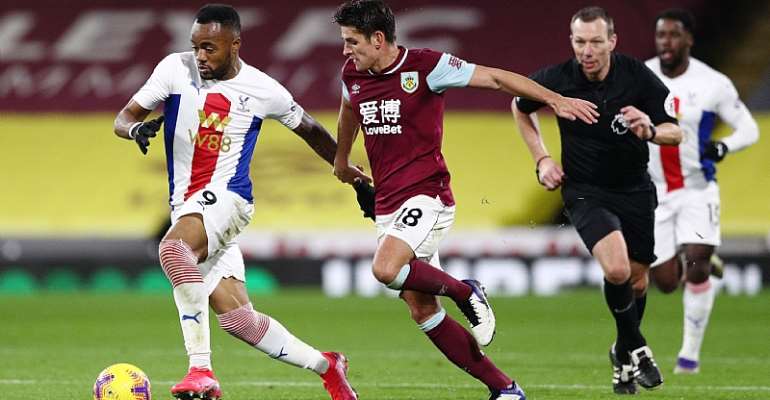 Jordan Ayew in action against Burnley on Monday evening

Crystal Palace forward, Jordan Ayew displayed good form on Monday night when his team suffered a 1-0 defeat at the hands of Burnley in the English Premier League.

The Black Stars attacker earned a starting role for the Eagles squad today when the Londoners visited the Turf Moor to take on the Matchday 9 opponent of the 2020/2021 season.

In a match where Crystal Palace failed to pick up a point, Jordan Ayew made impressive strides in the attack of the team before he was eventually substituted in the 77th minute.

Prior to making way for Belgian striker Christian Benteke, Ayew completed 3 dribbles, won four out of five duels, as he enjoyed a passing accuracy of 75% to merit a decent rating of 7.0 from top statistics providers SofaScore. 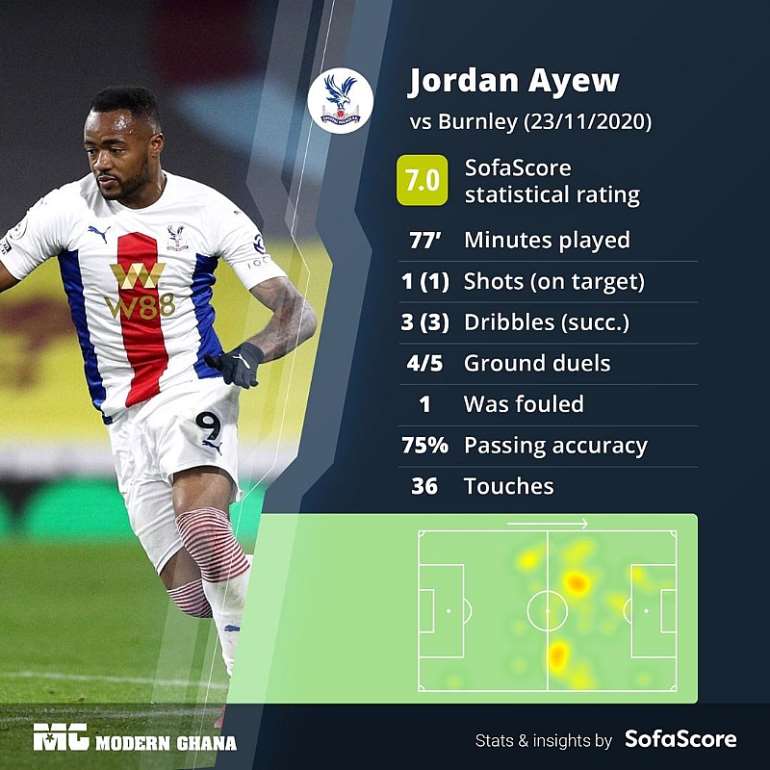 On the Matchday, a Chris Wood equalizer in the 8th minute of the first half after he was assisted by Jay Rodriguez handed Burnley the 1-0 win against Crystal Palace.

Meanwhile, Jeffery Schlupp had the chance to feature for the Eagles in the second half when he was introduced to replace Jairo Riedewald.

Why are you refusing to obey the orders of the Court ? — Jus...
43 minutes ago