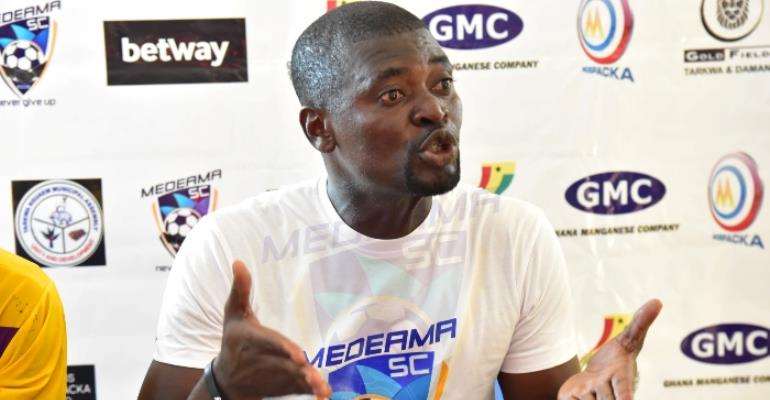 The head coach for Medeama SC, Samuel Boadu has expressed optimism in the chances of his team turning this around in the Ghana Premier League after a very slow start to the 2020/2021 season.

After two matches in the new league season, the Tarkwa-based club sits 14th on the standings of the division on the back of a draw against Great Olympics and a defeat to Dreams FC.

Speaking in a post-match interview after the Matchday 2 defeat, Coach Samuel Boadu says his team will bounce back stronger and better in subsequent matches.

“There is nothing wrong with Medeama because we all went down due to coronavirus and we are now preparing, it’s not easy to come up but we believe we are going to come up strongly, definitely,” the gaffer noted.

Meanwhile, Coach Samuel Boadu has refused to blame referees for the poor results his Medeama SC side has churned in the two games they have played so far.

“Actually no one will be happy whiles he is losing. I don’t talk about officiating but if I have a problem then I will blame my boys,” the highly-rated tactician added.

Next weekend, Medeama SC will play against Legon Cities FC on Matchday 3 of the Ghana Premier League.