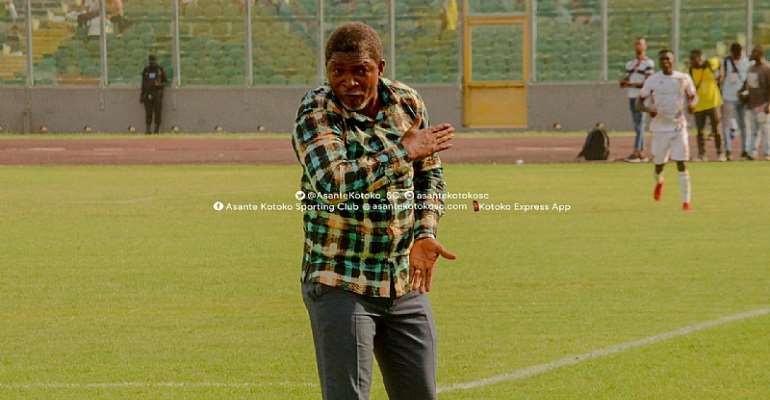 Emmanuel Clottey's sublime finish in the second half ruined Asante Kotoko's chances of picking up their first three points of the campaign after Kwame Poku have scored in teh first half.

In the 90th minute, Felix Annan was forced off and replaced by Kwame Baah.

Speaking after the game, Maxwell Konadu said that he had to alter his plans due to Annan’s injury.

“Of course, we didn’t plan to change our goalkeeper. It was another tactical change we wanted to effect but all of a sudden, Felix fell off and he couldn’t continue. So that really disrupted our game plan,” Maxwell Konadu remarked.

Konadu said he has huge respect for the referee but believes that some of his decisions cost Kotoko a win.

“It is a good match. It was a very good and tough match. I said we came to win and that is what we wanted to do exactly. And had it not been because of err….he’s a referee I respect so much and I have a lot of respect for the referee but then last minute, I don’t know what came over him. But that is football, you accept it in football and move on,” Konadu quetched.

The draw means Kotoko remain without a win after 2 matches in the league. Their next assignment is a trip to Mauritania where they face FC Nouadhibou in the first leg of the CAF Champions League preliminary round.