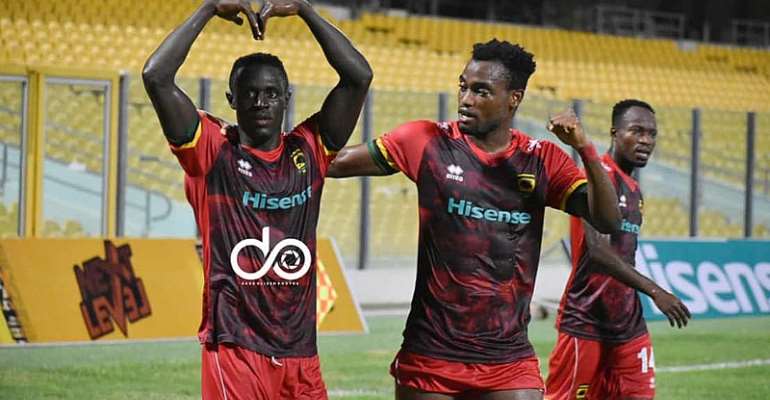 Ghanaian giants, Kumasi Asante Kotoko dropped points for the second time this season over the weekend when the team drew 1-1 against Berekum Chelsea.

The Porcupine Warriors club on Sunday traveled for the away fixture on the back of a Matchday 1 fixture against Techiman Eleven Wonders that ended in a draw at the Accra Sports Stadium.

Preview to the demanding nature of fans, Asante Kotoko went into the game against Berekum Chelsea hoping to bag all 3 points to enhance their title chances at the end of the season.

For their outstanding performance in the first half on the Matchday, the Reds went into the break with a deserved lead courtesy of a strike from danger-man Kwame Poku.

Unfortunately, the club could not hold on and conceded late in the second half through a free-kick converted by Emmanuel Clottey.

With a 1-1 draw at the end of the game, Asante Kotoko has returned to Kumasi with just a point.

Watch highlights of the exciting game below: