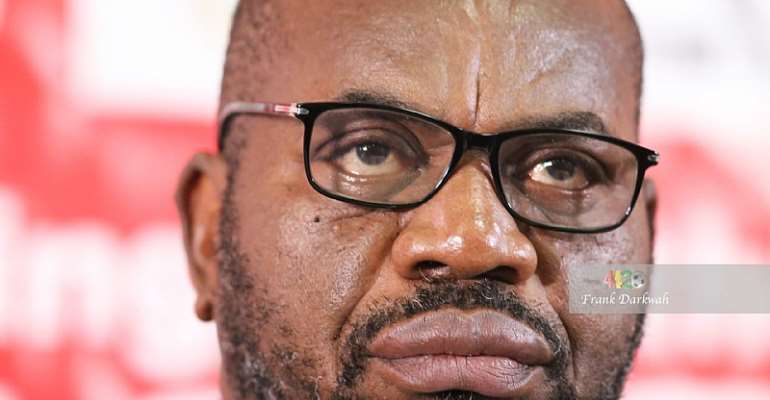 Management Committee Chairman of the Black Stars, George Amoako, has cautioned head coach Charles Kwablan Akonnor and his technical team to sit up and immediately correct the mistakes.

Akonnor and his Black Stars team were hoping to seal an early qualification for the 2021 African Cup of Nations [Afcon] that will be hosted in Cameroon but defeat in Omdurman has cost the team last week Tuesday.

The team will have to wait until March 2021 when the play South Afric and Sao Tome in the final group game to seal a qualification.

However, Mr Amoako in an interview said the outcome of the Sudan game fell below expectation and that some lessons should be learnt from it.

“I hope that the technical team would sit up and correct all the errors; the errors that ensured that we could not score a goal," he told Graphic Sports.

“All the game was centred in the midfield and our incursions upfront did not yield any dividend. They should ensure that they are able to penetrate defences and score goals; that is the only way to win matches”, he stated.

“We did not achieve what we sought to achieve; we thought we could either draw or win the game but it didn’t come off that way, and I think we need to learn a few lessons from that,” Mr Amoako lamented.

Responding to a question as to what might have gone wrong, the former Asante Kotoko CEO seized the opportunity to criticise the tactical discipline of the players and their inability to establish themselves on the less-fancied Sudanese team by not creating many chances.

“It didn’t go the way we wanted; if it doesn’t go the way you want what does it mean? I am not a technical person to say the selection was bad.

“The only thing I can say is that how we played did not generate the needed goals to win the game, and for that matter, I would wish that the technical team do their best to ensure that subsequent games are won and won beautifully,” the King Faisal CEO added.

Akonnor is on a two-year deal after replacing Kwesi Appiah in January this year.