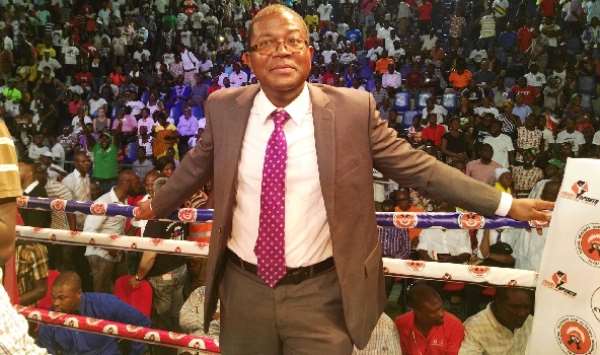 The Ghana National Petroleum Corporation (GNPC) is locked up in a stand-off with the organisers of the national boxing league, Bukom Fist of Fury, over $30,000 sponsorship money.

This follows what the organisers deem to be a breach of contract on the part of GNPC, which is one of the sponsors of the special boxing competition.

According to sources close to the organisers of the boxing league, the state-owned company issued a cheque for GHc30,000 to the organisers as a way of fulfilling their contractual obligation but that was rejected on the grounds of bad faith.

The sources told Graphic Sports in an exclusive interview that GNPC sponsored the maiden edition of the Fist of Fury in 2019 with $34,000 and agreed to support the second edition with $30,000 but reneged on its promise in January this year.

The sources said the GNPC cheque was rejected because the sponsor was obliged to pay $30,000 as stated in the contract.

The sources wondered why the GNPC decided to pay a lesser amount despite having the exact figure clearly stated in the contract.

The sources also believed the turn of events could affect the resumption of the league and, therefore, appealed to top GNPC officials to step in and sort things out.

“We really need the money to help in our organisation and it will be good for the GNPC leadership to come to our aid to sort this matter out,” the source told the Graphic Sports.

The Bukom Fist of Fury is an annual boxing league made up of juvenile, amateur and professional fights. It is a collaborative league being organised by the Ghana Boxing Authority (GBA) and Ghana Amateur Boxing Federation (GBF).

The competition was suspended following the ban on all sporting activities in the country due to the COVID-19 restrictions. But with the green light now given by the government for contact sports to resume, the organisers are looking forward to staging one fight night before the end of the year.