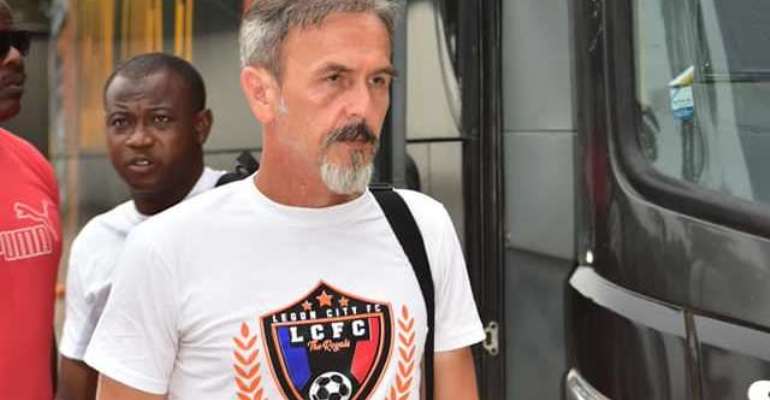 According to multiple reports in the local media, the management of club terminated the contract of the Bosnian contract following their 3-0 defeat to Great Olympics on Friday night.

However, official communication is expected to be issued by the club.

The Royals had opened the season with a 1-1 draw at home to Berekum Chelsea last weekend at the Accra Sports Stadium.

Barjaktarevic has been at the helm for 11 months after taking over from John Paintsil who failed to meet the league criteria of having a CAF License A certificate.

They were expected to hit the grounds running and challenge for the ultimate but have started the season on a bad note.

Legon Cities play Medeama in Tarkwa in their next Ghana Premier League game.

Ablakwa demands answers on George Weah’s alleged use of Ghan...
23 minutes ago