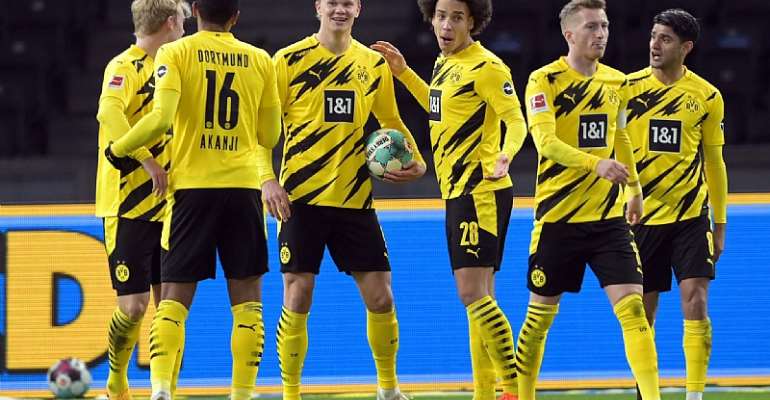 The Black and Yellow outfit visited the Olympiastadion today to honour a date on Matchday 8 of the 2020/2021 German top-flight league season.

Though the side excelled in the first half, a strike from Matheus Cunha [his first of a brace] in the 33rd minute meant that Hertha Berlin went into the break with a narrow lead.

Two minutes after recess, Erling Braut Haaland who had earlier in the day been named the 2020 Golden Boy scored with a tap in to bring Borussia Dortmund level.

A few minutes later, the Norwegian forward added his second on the day with an assist from Julian Brandt before going on to complete his hat-trick in the 62nd minute with an outstanding solo effort.

With Raphael Guerreiro getting in on the scoring in the 70th minute to give Dortmund a 4-1 lead, Erling Braut Haaland will return with another goal [his fourth] to wrap up a perfect day at the office.

With today’s hat-trick, Erling Braut Haaland now has 8 hat-tricks in his professional career and becomes the first Norwegian player to get a SofaScore rating of 10 in a Bundesliga match.