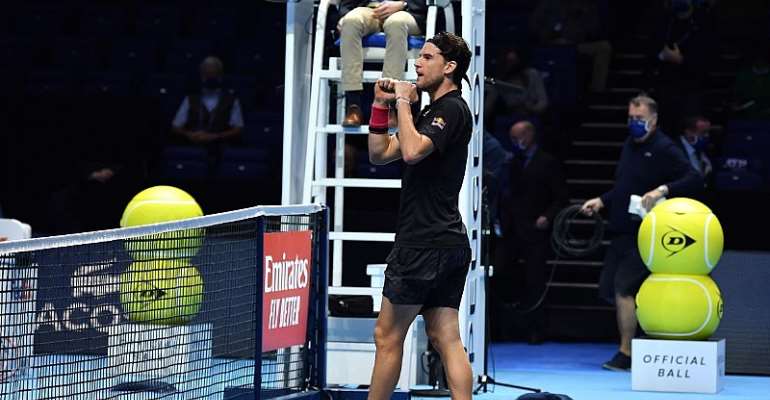 Dominic Thiem demonstrated his power and resilience as he beat Novak Djokovic in three tough sets to reach the final in London.

For the fifth time in their last six meetings, the pair could only be separated by a deciding set, and it was another astonishing clash as Thiem came through after plenty of perseverance.

The Austrian squandered four match points in an epic second-set tie-break which he eventually ended up losing 12-10 as Djokovic demonstrated his trademark defensive efforts to somehow extend the encounter.

Incredibly, Thiem even contrived to double fault on one of his match points in the second set breaker, and his opponent was afforded the opportunity to remain in the match on a knife-edge.

Having been pushed into a deciding set, the champion in New York may have been downhearted but he showed incredible poise and determination in taking victory after a second brutal tie-break.

The second semi-final sees Daniil Medvedev, fresh from his triumph at the Paris Masters, take on Roland Garros champion Rafael Nadal, who is still seeking the first title at the ATP Finals in his illustrious career.