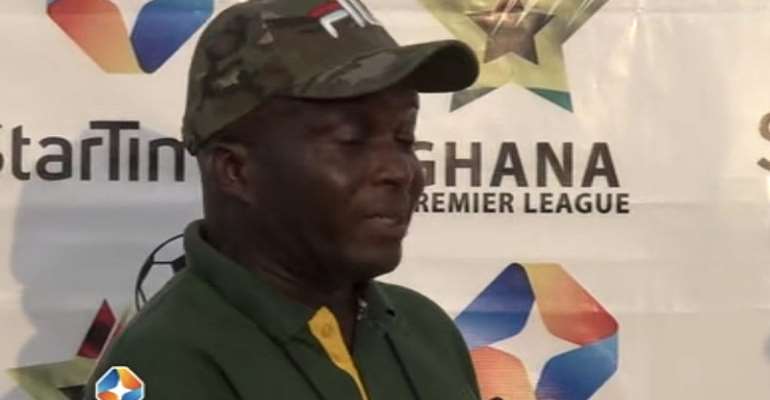 Head coach for Ebusua Dwarfs, Ernest Thomason has lamented over poor officiation after seeing his team lose to Eleven Wonders in the Ghana Premier League.

On Friday afternoon, the Cape Coast club traveled to Techiman to face off with Wonders on Matchday 2 of the 2020/2021 Ghanaian top-flight League season.

At the end of the 90 minutes, goals from Mohammed Tetteh Nortey and Prince Okraku handed Eleven Wonders a 2-0 win over Ebusua Dwarfs.

“First and foremost let me say officiating to me wasn’t the best. This level of officiating in the premier league is not the best for our league. This call for the first penalty, the player had his hand on the body which to me he never extended the arm so what was the call for the penalty, certainly we have those kinds of calls but he ignored them,” the Dwarfs head coach noted.

Meanwhile, Coach Ernest Thompson has rallied his players to pick themselves up and look forward to the next game of the season.

“We just have to put this behind us and focus on our next game. "We can’t be crying over spoilt milk, we just have to focus and keep our eye on the next game but I had this cry over officiating before this game,” the coach added.

Up next for Dwarfs, the team will face Berekum Chelsea in a home match next weekend.