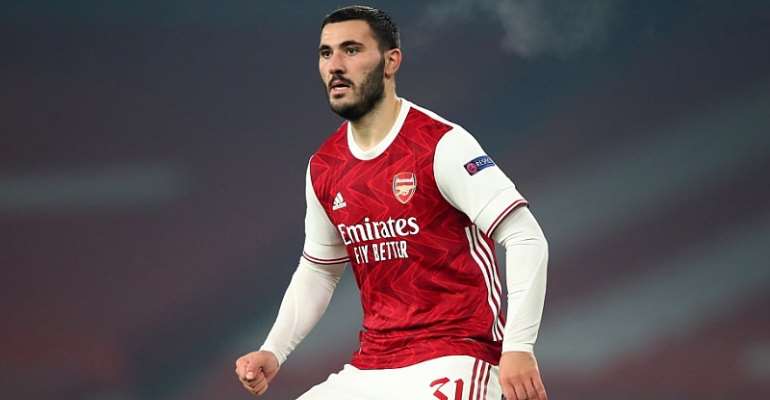 Arsenal defender Sead Kolasinac has tested positive for Covid-19 while on international duty, the Bosnia-Herzegovina Football Federation has announced.

The 27-year-old played the full 90 minutes of Bosnia-Herzegovina's defeat to the Netherlands on Sunday.

He is the second Arsenal player to test positive this week, after Egypt midfielder Mohamed Elneny.

It means Kolasinac could now miss Arsenal’s Premier League game at Leeds on Sunday (16:30 GMT) and a Europa League tie in Norway against Molde on 26 November (17:55).

Depending on when he is cleared following a negative Covid-19 test, Kolasinac could also miss Arsenal's home match against Wolves on 29 November.

The former Schalke defender has made seven appearances in all competitions for the Gunners this season, though only one of those has been in the Premier League.

Kolasinac's international team-mate Ibrahim Sehic has also returned a positive test and will miss Wednesday's clash with Italy in Sarajevo.