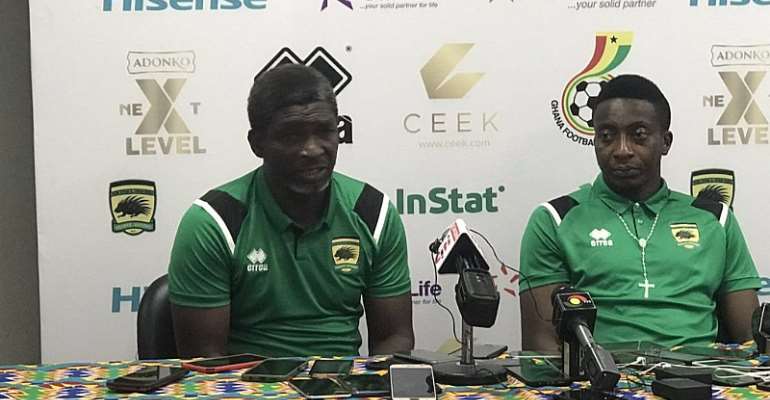 Asante Kotoko head coach, Maxwell Konadu has admitted that playing their home games away from the Baba Yara Stadium affected them against Karela United.

The Baba Yara Sports Stadium, which is the home grounds of the Porcupine Warriors has been closed down since February this year due to the renovation works taking place at the venue.

Coach Maxwell Konadu says the team playing away from their traditional home is affecting the performance of his team thus they will wish to be back at the Baba Yara Sports Stadium.

The former Black Stars assistant coach made mention of this after the team's disappointing display against Eleven Wonders in their opening game of the 2020/21 Ghana Premier League.

"This playing from home started from last season and it hasn’t been helping us," Konadu said after the game.

"It's always better to be in front of your home fans, playing in Kumasi means a lot to the team,”

Konadu is confident his team will put all the cracks together and bounce back in their second game against Berekum Chelsea.

“This is the first league match, Yes we wanted to secure the three points but unfortunately it couldn’t happen. But we’ll still work hard. It's just the first match."

"The team is still gelling together and I believe that as time goes on, the team will become better than we did today,”