2021 Afcon Qualifiers: Egypt Up And Running, DRC Held In Kinshasa 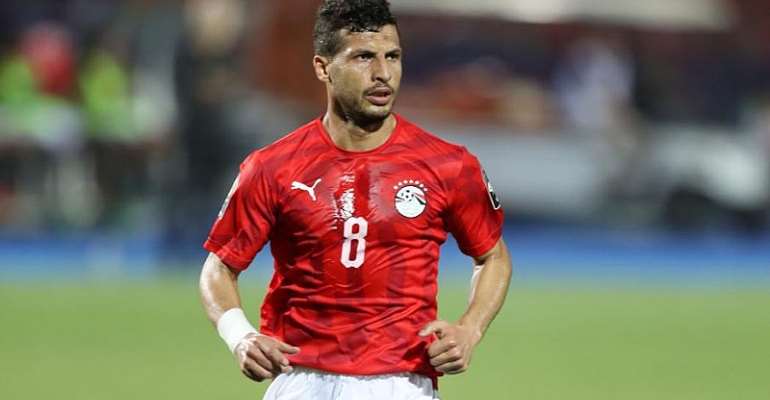 Egypt have registered their first win in Group G as the Africa Cup of Nations qualifiers continued with three matches across the continent on Saturday, 14 November.

The Pharaohs have joined Comoros on five points at the top of their pool after narrowly defeating Togo 1-0 in Cairo, courtesy of a second-half goal from defender Mahmoud Hamdi.

In the absence of star player Mohamed Salah (who was ruled out due to a positive Covid-19 test), Egypt were laboured and unimpressive, but their victory is an important step on the road to Cameroon 2022.

Elsewhere, DR Congo continue to struggle in Group D after they were held 0-0 in Kinshasa by Angola. The Leopards have drawn all three of their games in the pool and trail leaders Gabon – who defeated Gambia this past Thursday – by four points.

The early-evening game saw Benin defeat Lesotho 1-0 thanks to a goal midway through the first half from Jodel Dossou, with the result seeing the Squirrels close to within a point of Group L leaders Nigeria after their shock 4-4 draw with Sierra Leone on Friday.

The Afcon qualifiers continue with five matches on Sunday, 15 November, headlined by the clash between surprise package Comoros and Kenya, as well as heavyweights Senegal visiting Guinea-Bissau.