Manchester United Speculation Not The Reason For My Dip Form - Sancho 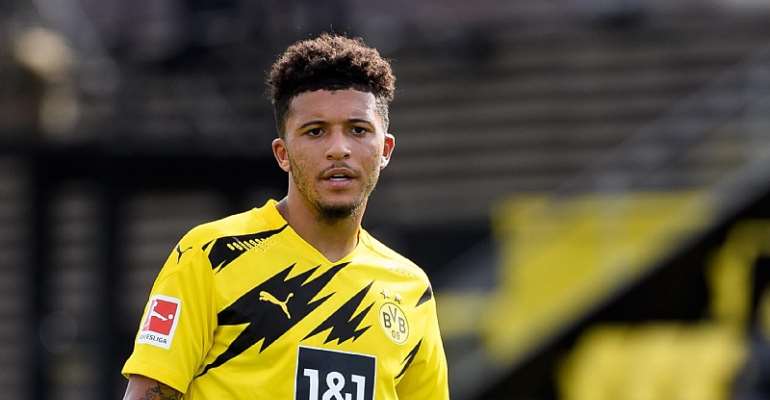 Jadon Sancho has insisted that a summer of speculation linking him with a move to Manchester United has not affected his form at Borussia Dortmund.

After a fine 2019-20 in the Bundesliga, the England international has not been on top of his game in the early exchanges this term.

Throughout the summer, he was linked with a move to Manchester United that would have made him the most expensive Englishman ever but insists that the speculation has not been a factor in his dip in form.

"No, I don't think so," he replied when asked if transfer talk has had an impact.

EVERY PLAYER HAS A LITTLE DIP IN THEIR CAREER AND I FEEL LIKE I'M GOING THROUGH THAT AT THE MOMENT.

"It is just how I am bouncing back and I'm just happy to have managers who have faith in me and keep starting me.

"I'm just happy to be starting for England. Every time I play I try to do my best, luckily enough I got the goal and I'm happy to help the team once again."

Sancho also paid tribute to club team-mate Jude Bellingham, with the 17-year-old having made his international debut during Thursday's 3-0 win over the Republic of Ireland.

"He deserves it," Sancho said of the 17-year-old midfielder.

"At Dortmund, he gives 110 per cent, his performances are world-class. I'm happy for him and I'm sure his family will be very proud of him."