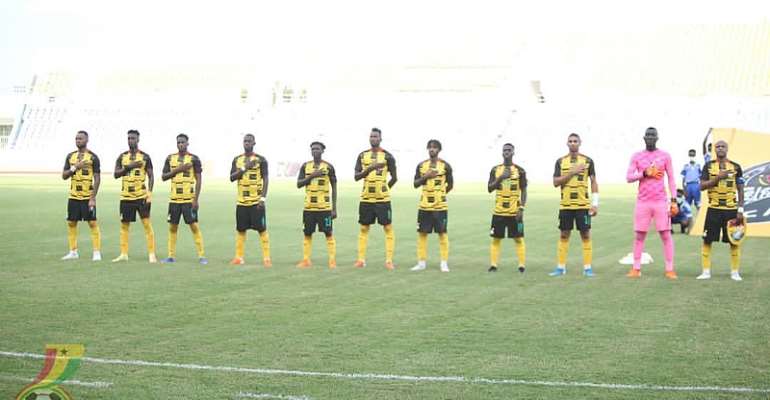 The Black Stars of Ghana will wear a black armband to honour former President Jerry John Rawling, who passed away on Thursday afternoon.

Jerry John Rawlings passed on today November 12, 2020, at the Korle Bu Teaching Hospital after battling an unknown illness for about a week.

He died at the age of 73.
Ahead of the 2021 African Cup of Nations [Afcon] qualifiers against Sudan at the Cape Coast Stadium, the players will wear a black armband to honour the former president.

Jerry John Rawlings was the last Ghana President to have seen an Africa Cup of Nations trophy from the Black Stars.

The last time Ghana won an Afcon trophy was in 1982.

Meanwhile, a minute silence was observed before kick-off at the Cape Coast Stadium.

The Confederation of African Football (CAF), has granted Ghana’s request to wear a black armband and observe a minute silence in Thursday’s game against Sudan.

This is in honour of Ghana’s 1st President of the 4th Republic, His Excellency Jerry John Rawlings who passed on Thursday morning, at the Korle-bu Teaching Hospital in Accra.

The Black Stars will later this afternoon, play against Sudan in a matchday three 2021 AFCON qualifier at the Cape Coast stadium.