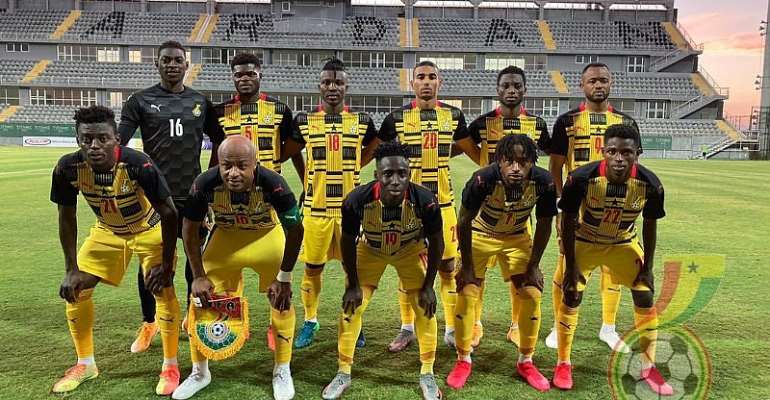 Asante Kotoko defender Christopher Nettey has been handed his Black Stars debut after being named in the Ghana starting eleven for the Sudan Africa Cup of Nations (AFCON) qualifier today.

Ghana and Sudan face off later this evening for the first tie of two legs in this international break in a Group C encounter in the qualifiers to the 2021 AFCON tournament.

Following the pulling out of several players as a result of injury and Coronavirus concerns, Black Stars head coach CK Akonnor is not having all his preferred players in camp.

Making use of available players, the gaffer has this afternoon named a strong squad that will take on the Sudanese. With a debut for Christopher Nettey in right-back, Baba Rahman returns to action in a back four that has John Boye and Alexander Djiku.

Andre Ayew captains the team with Samuel Owusu, Tariqe Fosu, and Jordan Ayew playing as the attackers for the Stars.

The showdown between Ghana and Sudan will be played at the Cape Coast Stadium and will kick off at 16:00GMT.