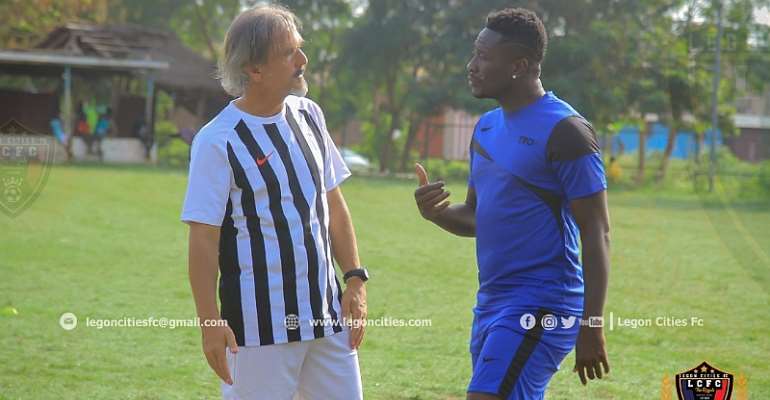 Legon Cities FC striker, Asamoah Gyan has admitted his lack of fitness will not permit him to feature for his new club in the Ghana Premier League this weekend.

Legon Cities open their season with a home game against Berekum Chelsea this weekend but the former Sunderland striker has ruled himself out of this game.

“To be honest, I am not ready, I am not fully fit to play” Asamoah Gyan is quoted to have told TV3.

“I think I will need time, am trying to put my self back to shape, you know is being a long time I played, I have been off the pitch for a long time.

“But am still working hard and hopefully, I will be able to get myself ready as time goes on,” Gyan added.

Gyan joined the Royals on a one year deal after leaving Indian Super League side, NorthEast United FC in January this year.