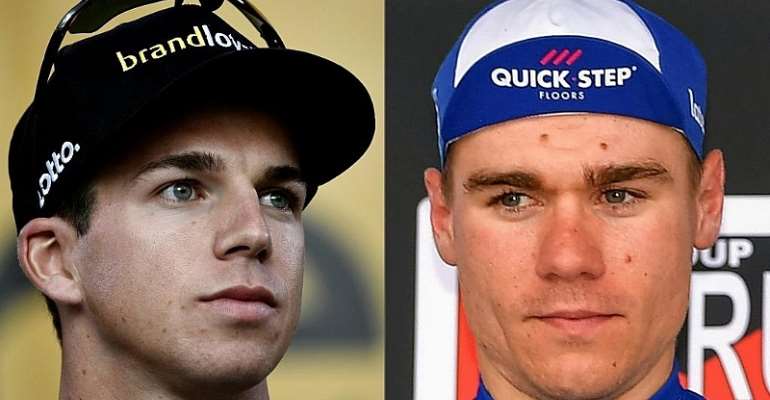 Cyclist Dylan Groenewegen was on Wednesday suspended until May 2021 for causing a horrific crash at the 2020 Tour of Poland that left fellow Dutchman Fabio Jakobsen in a coma.

Jakobsen was racing elbow-to-elbow with Groenewegen at 80 km/h before the latter veered suddenly to the right, squeezing his rival into the security wall.

The Deceuninck-Quick Step rider somersaulted over the barriers before colliding with a race official.

Groenewegen went on to win the first stage of the race in Katowice but the Jumbo-Visma cyclist was later disqualified with Jakobsen declared the winner.

Jakobsen, 24, was left fighting for his life and underwent a five-hour operation immediately after the accident in August. He had more surgery in October to fix his shattered jaw.

Grateful
"I am very grateful that I am still alive," Jakobsen said after his condition improved sufficiently for him to be moved back home to the Netherlands.

The International Cycling Union (UCI) - world cycling's governing body - said that during the investigation Groenewegen acknowledged that he deviated from his line and committed a violation of the UCI regulations. It backdated the suspension to start from August.

"The crash in the first stage of the Tour of Poland will forever be a black page in my career," Groenewegen said in a team statement on Wednesday.

"I follow the news of Fabio's recovery very closely. I can only hope that one day he will return completely."

Clarity
Groenewegen added: "Closing the disciplinary matter creates clarity. That gives me the opportunity to look ahead again. I am happy about that, even though May 7th is still far away."

Tour of Poland directors were also criticised for organising a downhill sprint finish and the type of barriers used.

"The UCI emphasises the importance of acting on any such incidents from a disciplinary point of view in a fair and consistent manner as well as continuously working on measures aimed at improving road safety."

The Jakobsen incident came a year after the death of 22-year-old Belgian sprinter Bjorg Lambrecht, who died after falling and hitting a concrete structure on the 2019 Tour of Poland.