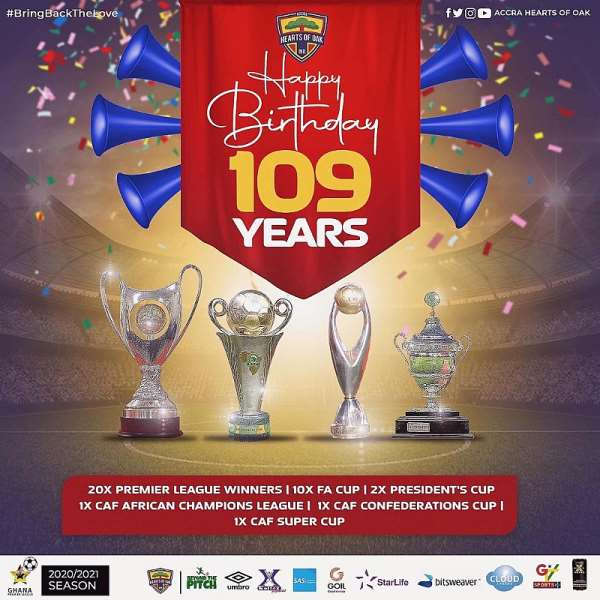 The oldest club in the history of the West African country was founded in 1911 and has over the years established itself as one of the elite clubs not only in Ghana but on the continent.

Globally, Hearts of Oak is one of just a number of clubs that have managed to win a treble in a particular season.

The enviable feat was achieved in 2000 when the Phobians won their first-ever CAF Champions League trophy.

On the occasion of the birthday of the Rainbow clubs, the Modernghana Sports team says a glorious happy anniversary to the Never Say Die side.