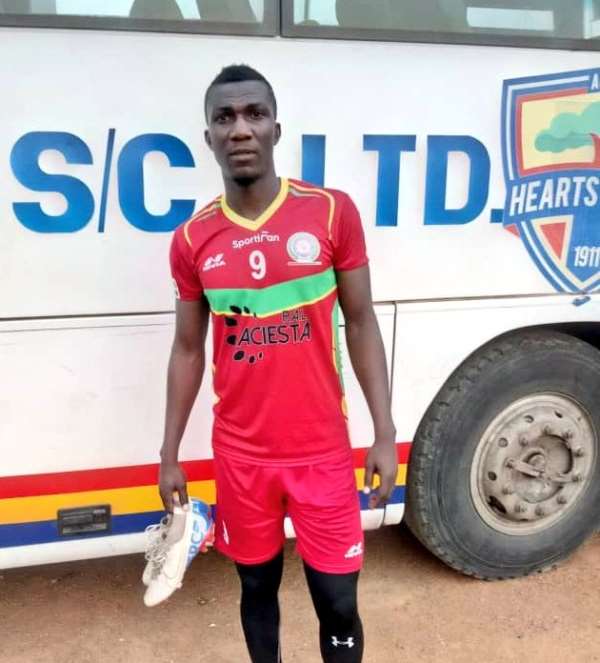 Striker Abednego Tetteh is currently undergoing 1-week isolation and will hence not be available for selection when Hearts of Oak travel to Dormaa to face Aduana Stars.

Last Saturday, the capital-based club through a post on their Twitter page announced that 3 players have tested positive for the Coronavirus.

While no name was mentioned, Abednego Tetteh has today confirmed that he is one of the 3 players.

Although the striker has revealed that he has subsequently tested negative, he says he cannot feature for Hearts of Oak in the Aduana Stars match because he is still in isolation.

“The team manager [Saban Quaye] told me three people including myself are positive for the coronavirus after the result.

“But after visiting the hospital, the doctor told me he didn’t see anything and that I’m negative for the virus,” Abednego Tetteh said in an interview with Atinka FM.

The highly-rated attacker continued, “He did all the tests and nothing shows that we are positive, and we were supposed to start training but because it was already in the media, the best way is to isolate myself for one week.”

“But unfortunately I will not be available for Aduana Stars game because of my one-week isolation.”

Hearts of Oak’s clash against Aduana Stars will be played in Dormaa on Saturday, November 14, 2020.