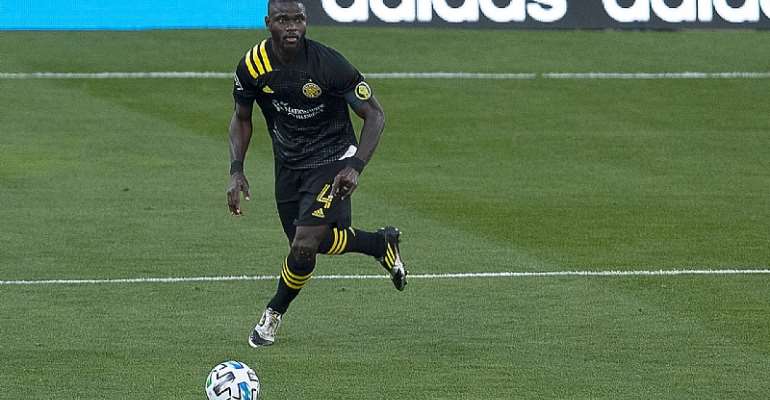 Defender Jonathan Mensah put up another impressive performance for his Columbus Crew outfit on Sunday when the side posted a 2-1 win over Atlanta United in the Major League Soccer (MLS).

The Ghana international has been excellent for the Ohio-based club all campaign where he has played in every single match of the American top-flight league regular season.

Featuring for Columbus Crew in his centre-back role yesterday, Jonathan Mensah dazzled once again, with his commanding defensive play providing crucial to help the team pick up 3 points from Atlanta United.

On the Matchday, the 30-year old made as many as 9 clearances, won 5 of his aerial duels, as he merited a high-rating of 7.2 from Modernghana Sports partners SofaScore. 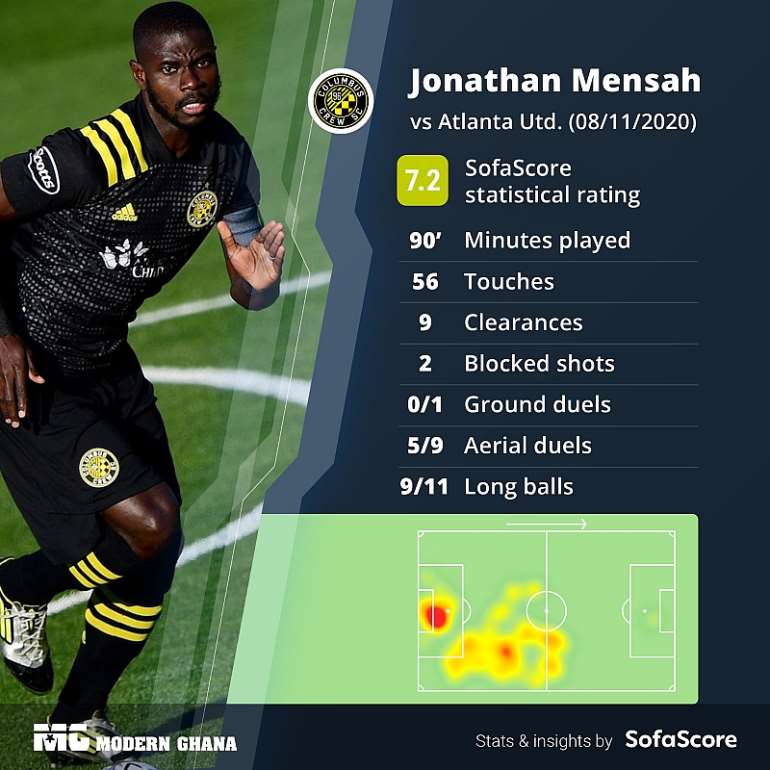 In the game against Atlanta United FC, Lucas Zelarayán and Gyasi Zardes scored for Columbus Crew while Marcelino Moreno scored from the spot to serve as the only consolation goal for the losers.

With today’s win, Jonathan Mensah and his Columbus Crew teammates are through to the MLS Cup playoffs where they have been scheduled to face off with New York Red Bulls from the Eastern Conference.