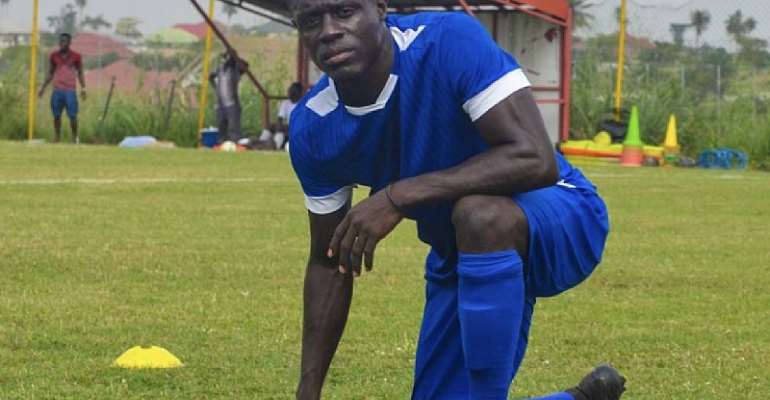 Striker Kwame Opoku netted a brace for Asante Kotoko on Sunday afternoon when the team drew 2-2 against Samartex FC in a pre-season friendly match.

As part of preparations for the opening weekend of the new football season, the Ghana Premier League giants faced off with the lower-tier club in a warm-up exercise at the Samraboi stadium today.

In a game that saw the less fancied side put up a very good performance, they led 2-1 at the end of the first half.

First though, striker Kwame Opoku opened the scoring for Asante Kotoko in the 18th minute with a well-taken strike.

A couple of minutes to hit the half-hour mark, George Amanoo converted a penalty kick to give the home team the lead for the first time in the game before going into the break.

With an impressive response from Asante Kotoko in the second half, the team managed to restore parity through its danger-man Kwame Opoku to ensure the game ended in a stalemate at the end of the 90 minutes.

With today’s brace, Kwame Opoku has finished the club’s pre-season matches as the top scorer with 6 goals and will be expected to bang in the goals when the Ghana Premier League starts.