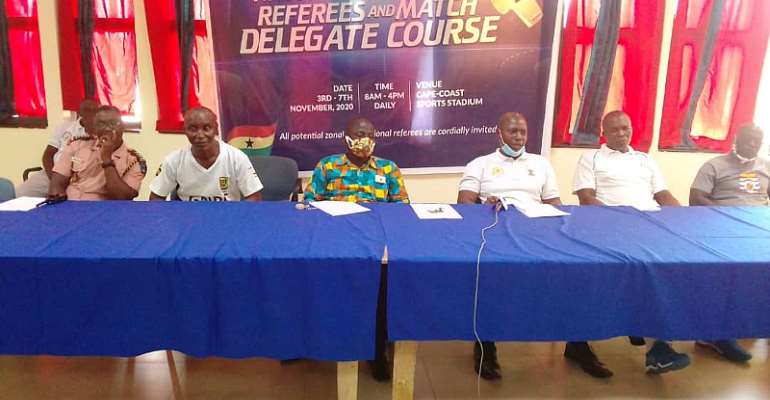 The Handball Association of Ghana (HAG) has launched its official online portal www.ghanahandball.com. The platform will serve as the center of information and news dissemination prior to the hosting of the Africa games in 2023.

The event which took place simultaneously during the official opening ceremony of the association's national referees and match delegate course at the Cape Coast Stadium has been described as a big surprise.

The scribe to the association, Mr. Charles Amofa in his speech, reiterated the need for the creation of the portal.

"We have today launched the official online mouthpiece of the association. It has become very necessary in order to sell the game to the world and also help to disseminate information to the public as well," he said.

"The platform will help you know more about the game, the history, the management of the association, the regional leagues, and even the rules and regulations governing the game as a whole," the secretary added.

The association as part of the upcoming Africa games in 2023 has also lineup developmental projects to be carried out.