Palimpsest Performance Clubs Can Emulate To Win The GPL

The quintessence of the nation in terms of sports is football and it is here with us again, hurrrayy. After three seasons of diluted football in Ghana due to the venality in our game which was brought to bear by Anas’ expose number twelve, shaking the foundations of football.

Also, the recent season (2019/20) which affianced to be blotting with ecstasy with the ambience in the stadia vehemently buzzing all over by fans cheering their teams on, only to be abrogated on match week fifteen by a malady called corona virus, simply put , covid-19.

After the first case was recorded on 12th March, 2020, it was prudent for the first gentleman of the land to announce and put restrictions on public gathering and contact sports for precautionary reasons. Football was not an exception to that embargo and since 16th March 2020, competitive football has not taken place until the GFA announced that the Ghana Premier League 2020/21 will commence on 13th November 2020.

The 65th season top professional football league in Ghana is just some weeks to commence, with 18 clubs ready to battle it out for supremacy. This means total matches will be extended from 240 to 306 games. Is it not intriguing? In this article, we will look at what clubs can do to reminiscence what the previous champions did.

First of all, a team can win laurels if and only if they are consistent with their performance. Consistency is said to be when one behaves the same way or show the same attitude of doing things to achieve results. In football terms, consistency is mostly measured by the number of wins a team accumulates to get desired results. Below are winning streak clubs chucked which engendered in lifting up the league since 2000.

Also, squad depth cannot be abnegated if a team wants to win the league. To compete and win trophies in every facet of football club, you will need squad depth. This is where a team will have at least one or two quality replacement(s) for each and every position abreast first eleven.

The germane of squad depth is that the manager will have the luxury to rotate to keep his players fresh and ensure the best amalgamations are available for big games. Another important point is that players can be called upon when injuries smite. It also brings the best out of players since they would want to start every match.

When we look at Hearts of Oak, they have made some decent signings to ameliorate their squad. Notable ones are Nuru Sulley, Abednego Tetteh, and the speed merchant, Patrick Razak who just returned from the Guinean side Horoya. For Asante Kotoko, they have always added up with the notable ones like Emmanuel Keyekeh, Latif Anabila, and the Brazilian Fabio Gama Dos Santos just to mention few. Below diagrams show how some teams squad depth would look like in the upcoming season.

Most talked about team we cannot forget is Medeama, the mauve and yellow boys. Their brilliant start in the 2017/18 suffered at the mercy of Anas’ expose that caught some match officials who took bribe to sway results. As a result of that the league was abrogated. As if that was not enough, the 2019/20 also got the best out of the 2013 and 2015 FA cup winners only to be bad lucked by covid-19. Again, the league got truncated. With the 2020/21 underway, we are benighted about their squad depth they possess after adding the likes Kwadwo Asamoah, Abass Mohammed, and the return of Justice Blay, they will be stronger than the previous seasons.

Moreover, another factor that needs to be considered is resilience, luck and fine margins. Every championship team needs a little bit of luck to win trophies. In our part of the world, some may go for spiritual backing from all walks of life as they believe it is part of the component of winning trophies. Scientifically, when best players enjoy injury free season, it becomes serendipity to teams and mostly win.

Fine margins in football are when a team relishes what we call kismet of the day. Here, one team may try all the ways to score bit will be denied by the post, crossbar and even referees’ decisions at the detriment of the other either winning or drawing.

Resilience on the hand is the way teams recover with celerity from their difficulties. Aduana Stars in the 2009/10 season had just two points out of their first three opening league games (Berekum Arsenal-Draw, Liberty-Draw, and RTU-Loss) but recovered and won the league. In 2005, Asante Kotoko lost their first match (2-1) against Beekum Arsenal but bounced back to win the league. The rainbow boys did same in 2006 after they had lost (1-0) to the same opponent and fortunately for them, they won as well.

Furthermore, game management is also a component that cannot be disregarded. This comes in when teams thread cautiously after they have had their moment in a game. As we have seen football from many years ago, it is not always auspicious to be scoring two to four goals every game. Sometimes after taking your moment(s), you need to shut up shop to get the maximum points.

An example is Aduana Stars in the 2009/10 season under the late Herbert Addo, who managed to win the league with 15 wins,8 draws,7 defeats in the 30 round of matches. In those 15 wins, he managed to win one-nil (1-0) thirteen wins, then won (2-0) against RTU and (2-1) against Eleven Wise. This is what we call proper game management.

Lastly, the last factor to look out for is the final rounds of matches. As the saying goes, the end will justify the means. Sometimes it does not matter how you start but how you finish the season can guarantee you a better position if not the acme of the league log. An example is the Asante Kotoko team in 2003 who won their last ten matches to win the league in a grand style, beaten Berekum Arsenal, Hearts of Lions, Mine Stars, Okawu United, Great Olympics, Stay Cool Professionals, B.A United, King Faisal, Goldfields, and RTU.

Subsequently, some teams may be quiet but they cannot be left out in terms of challenging for the league title especially Aduana Stars and Berekum Chelsea who were first and second respectively on the just canceled league. The dark horses may be Elmina Sharks who were forth and WAFA. Ashanti Gold is not getting a mention because of some six to seven key players who are not part of the team. Clubs who would want to win the GPL can emulate these factors outlined and become champions. All the best to the 18 clubs. 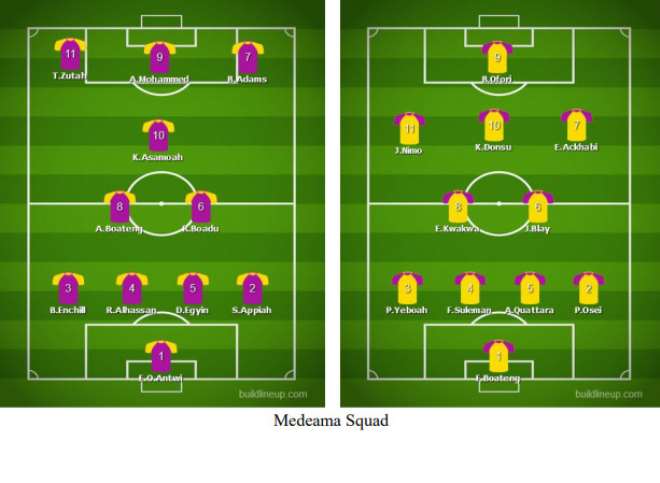 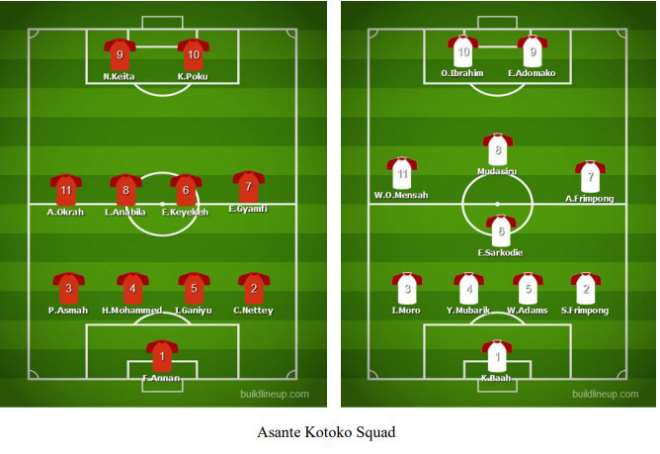