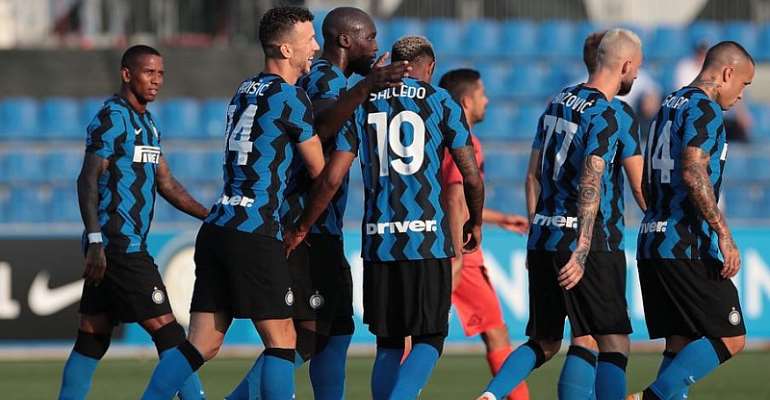 Talking points from the weekend of Serie A football:

The use of VAR was back in the spotlight after Inter Milan complained about an incident in the 2-2 draw at home to Parma.

Forward Ivan Perisic appeared to be pushed as he went for a header in the second half and Inter were furious that the referee did not review the incident on the pitchside monitor.

Serie A's refereeing co-ordinator Nicola Rizzoli later said a penalty should have been given.

"If VAR is only partially used, then frustrating situations arise," said Inter CEO Giuseppe Marotta. "The technology can’t eradicate mistakes entirely but it must limit them and this is a classic case where it should have been used.

"We’re not giving excuses but we need increased levels of dialogue between the directors and the referees. I say this with maximum serenity. It would create less tension and it would help the referees."

Bologna coach Sinisa Mihajlovic also complained about the inconsistent use of VAR.

"I just want to know what the rules are, because if VAR intervenes sometimes and not others, then it’s not clear," he said.

"It's chaotic at the moment and nobody understands anything. VAR intervenes when it shouldn’t and doesn’t intervene when there’s a foul in the penalty area and it should."

Lazio forward Felipe Caicedo has not lost his knack for scoring stoppage-time goals, as he showed on Sunday.

The well-travelled Ecuadorean, who had been expected to leave the club during the recent transfer window, struck in the 98th minute to give them a 4-3 win at Torino as they turned the game around in stoppage time after being behind 3-2.

It was almost a replica of their comeback at Cagliari last season when Lazio were again trailing 3-2 at 90 minutes but scored twice in stoppage time with Caicedo again grabbing the winner. That win transformed Lazio's season as it provided the springboard for a 21-match unbeaten run.

Caicedo, 31, scored a stoppage-time winner against Sassuolo last season and against Sampdoria in 2017-18. Over the course of his career, he has scored 10 goals in stoppage time for five different clubs.

Bologna forward Musa Barrow finally got off the mark this season with two goals in the 3-2 win over Cagliari.

The 21-year-old Gambian, regarded as one of the brightest talents in Serie A, made a quick impact after joining on loan from Atalanta in January but had struggled at the start of this season.

"Barrow cuts in from the left and can make the difference," said Bologna coach Sinisa Mihajlovic. "He’s a player who has good technique, he can see the goal, but still has a lot to prove and is very young.

"We mustn't forget he broke his hand and I understand that makes him less determined in the tackle. Hopefully, this is the start of a run of goals for him."