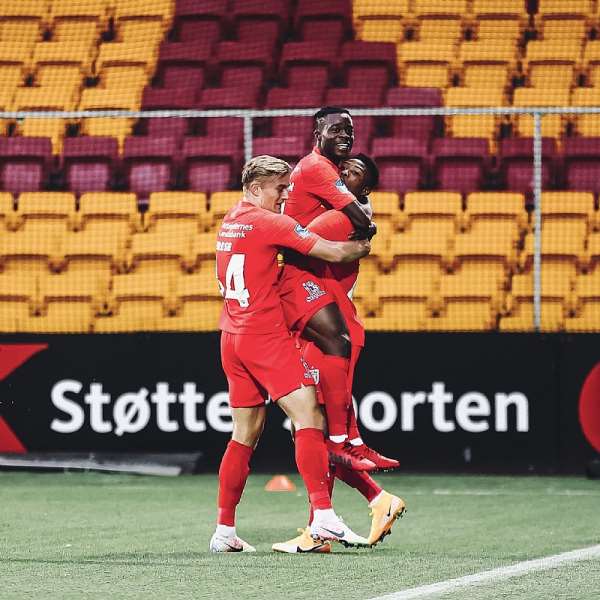 Ghana teenager, Kamal Deen Sulemana registered his name on the scoresheet on Saturday evening to help his FC Nordsjaelland side to beat FC Midtjylland 4-1 in the Danish Superliga.

Having featured in all 6 matches of the club since the 2020/2021 football season in Denmark, the talented winger earned another starting role today when his side hosted the Matchday 7 opponent at the Right to Dream Park.

On the day, Kamal Deen dazzled as he lasted the entire duration of the match. In a game that produced 5 goals, the 18-year old scored in the 70th minute to seal a 4-1 win for FC Nordsjaelland against FC Midtjylland.

With the 90 minutes, the forward earned a rating of 7.2 from Modernghana Sports partners, SofaScore after completing 5 duels and seeing 3 of 4 of his shots hitting the target.

On the matchday, Kamal Deen Sulemana’s compatriot, Francis Abu netted a brace for FC Nordsjaelland while Martin Frese scored the 3rd goal for the side.

Meanwhile, Anders Dreyer’s equalizer in the 34th minute served as the only consolation for FC Midtjylland at the end of the game.