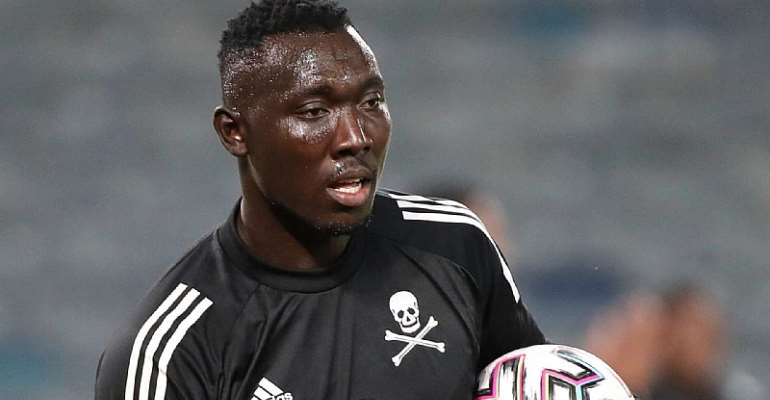 Ghana first-choice goalkeeper, Richard Ofori kept a clean sheet in the Soweto derby in the semi-final of the MTN-8 competition between Orlando Pirates and Kaizer Chiefs on Saturday.

Pirates stunned Chiefs by 3-0 first leg semi-final win to have one leg in the final at the Orlando Stadium.

Zakhele Lerato Lepasa opened the scoring in on the 26th minute of the match and his goal was enough to send Orlando Pirates into the break with a one-goal advantage.

The hosts doubled their lead in the second half after 67 minutes through Maliele Vincent Pule’s strike before Thembinkosi Lorch added the icing on the cake nine minutes from full time.

The experienced goalkeeper has been named in CK Akonnor's 23 man squad for the upcoming 2021 Africa Cup of Nations [Afcon] qualifiers against Sudan next month.