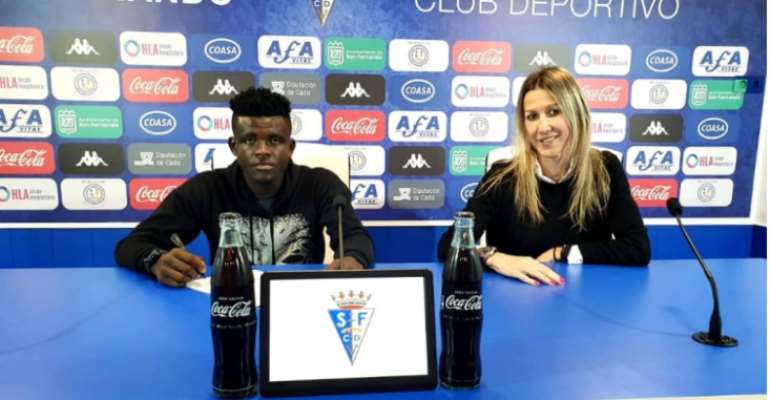 The 22-year-old has joined the Spanish side on a season-long loan deal with an option to buy.

He inked the contract after passing a mandatory medical examination at the club.

The club's official statement reads "San Fernando CD and footballer Zackaria Fuseini (Accra, Ghana, 03/12/1998) have reached an agreement for the 22-year-old footballer to defend the Azulina elastic next season"

Fuseini is a strong, forceful and powerful defender in the air game who, in addition, has the ability to function perfectly also on the right side.

He has been influential for the Berekum based club since making his Premier League debut during the 2016/17 season.