Wolves Was A Difficult Side To Play Against - Schlupp Speaks After the 2:0 Loss 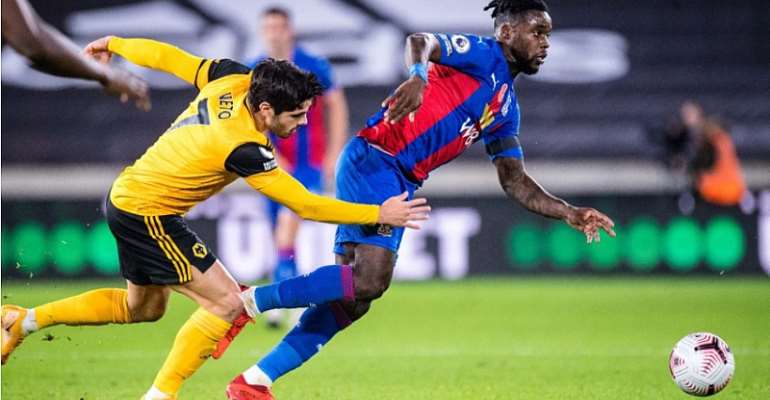 Palace were humbled by 2:0 at the Molineux Stadium.

After the game, the 26-year-old who has been handed a call up for the 2021 Africa Cup of Nations [Afcon] against Sudan said playing against Wolves is always difficult especially in the first half.

"We saw that they play with a lot of width and have dangerous wing-backs but we couldn’t really get close to them first-half," he explained.

"We changed a few things [at half-time] and it worked out better second-half but it’s still not good enough; we made things too hard for ourselves from the way that we played in the first-half."

Schlupp was asked about the sending off of club captain, Luka Milivojević, and, much like his manager, the Palace man revealed that he and his teammates felt the decision was a harsh one.

"Everyone has seen it back and feel that it is a harsh decision. He got the whole ball but the referee has said something about the follow-through," he said.

"I don’t really know what else you want Luka to do in that situation. He can’t tackle someone and then pull your leg out the way or make your leg disappear.

"But there is nothing we can do now and we’ve got to move on and get ready for the Leeds game."

Meanwhile, Jordan Ayew, who contracted coronavirus made in return to the game.