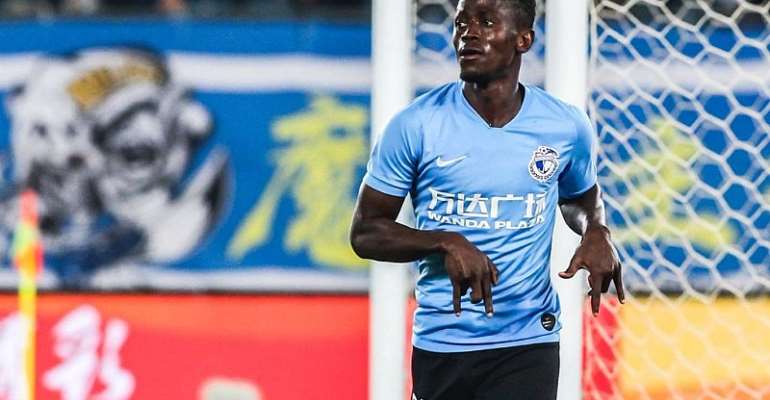 Ghana striker Emmanuel Boateng displayed impressive form and scored on Saturday morning to inspire his Dalian Pro outfit to a 2-1 win against Tianjin TEDA in the Chinese Super League.

Following a 2020 season where both teams have struggled, they are left to fight for survival in the top-flight league and are now competing in the relegation playoff.

Today, Dalian Pro visited the Dalian Sports Center Stadium for the second leg of a tie against Tianjin TEDA in the playoff.

Having already lost the first leg 2-0 at home, Emmanuel Boateng and his teammates needed to respond and do it big to overturn the scoreline.

The team started off well in the first half and took a surprise lead in the 21st minute with an assist from Liangming Lin.

After continuing to peg back Tianjin TEDA, Dalian Pro doubled its lead through an equalizer from Emmanuel Boateng in the final minutes of the first half.

Although the team chased a third goal in the second half to complete the comeback over the 2 legs, a determined Tianjin TEDA side led by Ghana winger Frank Acheampong did enough to survive.

The home team scored courtesy of a strike from Yue Song in the 78th minute to ensure the game ended 1-2, to hand them a 3-2victory on aggregate.

This season, the former Levante striker has featured in 5 matches for Dalian Pro in the Chinese Super League. He will hope to better those statistics next season should his team survive the drop.