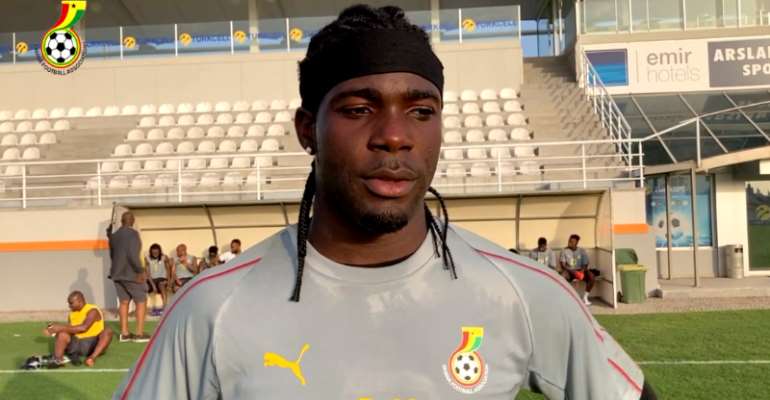 Ghana's leading coaching pundit Isaac 'Opeele' Boateng has taken a swipe at CK Akonnor for handing a call up to goalkeeper Lawrence Ati-Zigi.

The St Gallen goalkeeper is among the three goalkeepers that have been called up for Ghana's 2021 Africa Cup of Nations [Afcon] qualifiers against Sudan next month.

Ati-Zigi was poor on the day in Ghana's friendly against Mali conceding three goals in Antalya.

His inclusion in the 23 -man squad invited has attracted a lot of criticisms in the media space.

And the former Asante Kotoko gaffer wading into the discussion, Opeele beleives Ati-Zigi does not merit his call up stressing that Akonnor panicked by including the 27-year-old in his call up.

"I am surprised Ati-Zigi is in the squad for the Sudan game," he told Kumasi based Nhyira FM.

"This a goalkeeper we saw how he poorly performed against Mali in a friendly in Turkey. For me, he does not merit this call up because we have goalkeepers who are better than him.

"Richard Attah of Hearts of Oak is better than Ati-Zigi. Besides, we have the likes of Felix Annan and Kwame Baah still here in the country.

"I don't mind calling all Kotoko goalkeepers if they are and merit their call up to the national team but Akonnor got Ati-Zigi's call up wrong," he added.

Ghana have been preparing for the matches with two friendly games against Mali and Qatar.

The West African giants lost 3-0 against the Eagles but recovered to thump 2022 FIFA World Cup hosts Qatar 5-1 in the second match.