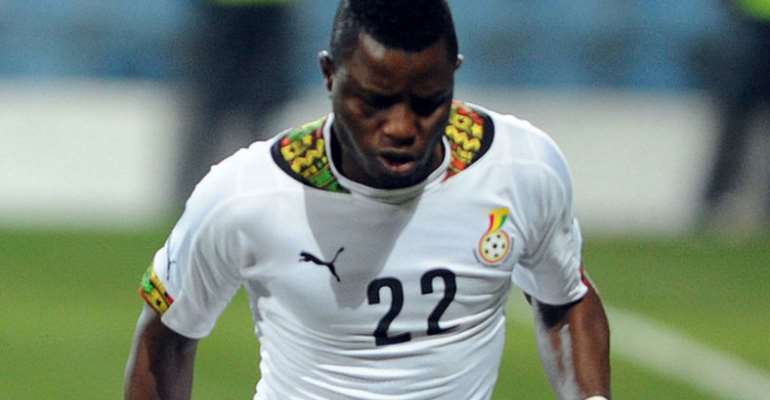 China-based Mubarak Wakaso has returned to the Black Stars team after missing the friendly matches against Mali and Qatar in the last international break.

Earlier this month, the midfield dynamo had to watch the house when Ghana played the two friendly matches.

In the games, the Black Stars suffered defeat to the Eagles of Mali before stepping up to hand the Asian Champions a heavy win.

Ahead of the Africa Cup of Nations (AFCON) qualification matches next month, Mubarak Wakaso has been recalled by Ghana head coach CK Akonnor to be part of his team for the double-header against Sudan.

The Jiangsu Sunning FC midfielder has been outstanding in the Chinese Super League in recent weeks and will be expected to play a key role for Ghana in the upcoming qualifiers.