Ghana Tug of War Association Get Busy Ahead of African Games 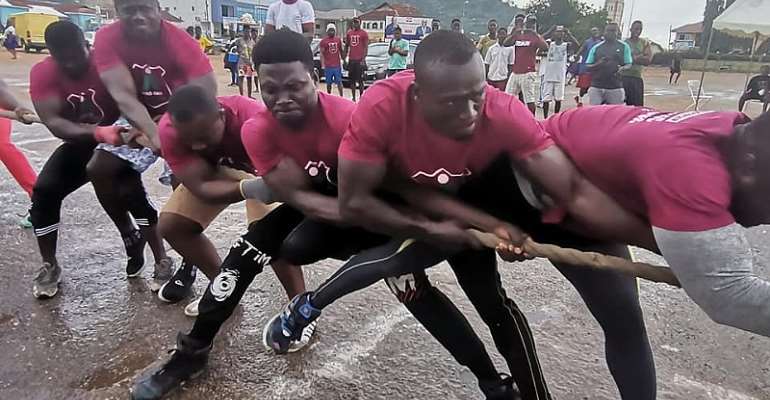 The Ghana Tug of War Association (GHATOWA) has been busy recently with a successful regional event at Koforidua 2020 after the Coastal Strength Challenge held last year in Accra.

President of the Association, Mr Emmanuel Olla Williams said they want to get Ghanaians out of the boredom and grow actively.

He expressed that Ghana can claim many medals in Tug of War if it is added to the traditional sports at the 2023 African Games to be hosted in Ghana.

“Tug of war is a team sport, with no individual stars, every player is a superstar with strength, stamina and skill. It’s a demanding sport. Sportsmanship is at the highest order in Tug of War” said the Secretary of the Association, Miss Sarah Awini.

She said efforts are being made for the return of the sport to the Olympic Games; however, Tug of War is represented at the World Games which is held every four years.

She said Dreamland Sports Plus and One-On-One Foundation have organised exciting Games all over the country, especially in schools with the combination of the SHS Sanitation Tour programme.

They are set for the 12km OKAIKWEI Triangular Marathon scheduled for 21st November 2020 to create awareness on peace, love and unity as the nation prepare for General Elections.

Meanwhile, Mr Anton Rabe. President of the Tug of War International Federation (TWIF) has commended Ghana for the interest in the sport and the promotion which boasts fitness and teamwork.